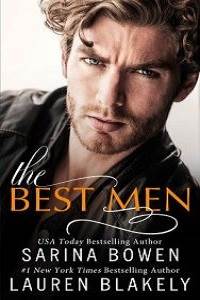 YES, HE DEFINITELY GOT MY DRUNK TEXT

The first time I met Asher St. James, he was twenty-seven minutes late. The second time, he spilled his drink on me. I’d like to think the third time will be a charm, but I highly doubt it.

Only this time, it’ll be all my fault.

I’ve behaved badly. And now I must pay the price.

Asher isn’t even my biggest problem. As I make my way up Lexington Avenue on a warm May evening, I prepare to give my mea culpa. The one I have to deliver any second now to, count ’em, three people.

My baby sister, her groom, and his superhot wingman.

Did I actually call Asher that?

Maybe it was just a bad dream.

Grabbing my phone from my back pocket, I click on the group text once more, wishing for the five hundred and seventy-ninth time that last night’s string of single-malt-fueled messages would go the way of a fax machine and just disappear.

But they’re all still here. For digital posterity.

As I cross Fifty-Seventh Street, I pass a garbage can and seriously consider chucking my phone in it. Too bad throwing away the instrument of my own mortification won’t do the trick. Nothing except a time machine will erase the drunk texts I fired off last night somewhere between midnight and regret o’clock.

Also known as the hour the scotch took over all my decision-making.

Thanks a fucking lot, liquor. You’re a pal.

Have I mentioned I’m still hungover? I have the remnants of last night’s Very Bad Decisions and a dull headache that aspirin won’t cure.

My head pounds, but the clock is ticking on my sister’s engagement dinner so I keep trudging uptown. Three more blocks till I have to eat crow.

The crosswalk sign on Fifty-Ninth Street tells me not to go.

Stopping at the curb, I picture the three of them waiting for me at the nearby sushi joint. And I rehearse my apologies, one at a time.

Hey, my second-favorite person in the world. I wish I could say someone hacked my phone last night, but that was me with the all caps text: ‘I SWEAR YOUR HASTY MARRIAGE WILL TOP A BUZZFEED LIST OF BAD IDEAS THAT ALSO INCLUDES CRYSTAL PEPSI AND MULLETS. AND I SHOULD KNOW. I’VE TRIED ALL THREE.’

I’m so sorry. Your nuptials are nothing like mine, or that bad haircut I had in high school, and getting married to Flip is a great idea.

It damn well better be.

As for the guy my little sis is marrying, I’ll have to apologize to him next. They’re madly in love. And even though I’m still privately horrified that he got her pregnant three months after they met, I’ll man up and apologize.

Hey, Flip, I deeply regret saying that your marriage will fail harder than Bear Stearns and Lehman Brothers. And also for saying that grown men don’t call themselves “Flip.”

My analogy game was on point last night, scotch be damned. But my behavior wasn’t.

Which means I’ll inevitably turn to Asher, the groom’s best bud, the guy who was twenty-seven minutes late the first time I met him. He’d delayed the start of game night six months ago—the one my sister had arranged so we could all meet, back when she and Flip had just become an item.

Then Asher had sauntered in. Yes, he saunters, with his too-toned-to-be-real frame, and too-floppy-to-be-anything-but-a-shampoo-model hair, with his so sorry I was late, but I found a puppy shivering outside the building so I had to take him to the local rescue apology.

He couldn’t be that good-looking and just be late. He had to be late with style and substance.

The second time our paths crossed, they literally crossed. He lifted his glass of champagne right when I entered the dining room for my sister’s dinner party, and my chest ran into his arm, dousing me in bubbly.

With a lopsided grin, and the kind of cocky confidence that only a former pro athlete can pull off, he proceeded to unbutton his shirt, take it off, and offer it to me in front of everyone.

I declined, while trying not to stare at his eight-pack. Obviously, I wore my champagne-soaked button-down all through dinner.

I’m not taking another man’s shirt.

And, so, Asher, I didn’t mean it when I called you Flip’s superhot wingman, or referred to your body as annoyingly perfect.

His abs are truly perfect. Nothing annoying whatsoever about that washboard.

But still, as I reach the door of the restaurant, I remind myself to apologize thoroughly and sincerely. To proceed like I didn’t mean all the things the liquor unleashed from my thumbs last night.

Like I’m not completely panicking over my little sister’s sudden engagement. And her just-announced pregnancy to the guy she started dating in December.