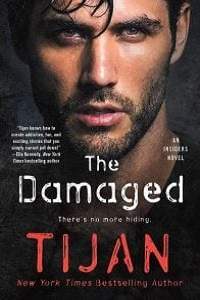 The windshield wipers were busy at work this morning. It’d been raining since late the night before, and now there was just a whole dreary feel to the day. Dark and gloomy, matching my mood.

“Are you nervous, miss?”

I wasn’t responding, because this isn’t how things were supposed to be. I wasn’t supposed to wake up in the middle of the night and find the bed empty. And I wasn’t supposed to have to be escorted by one of our guards down to the apartment building’s gym to find my boyfriend, the guy I loved, the guy who was so not a secret from the entire world anymore, pummeling a boxing bag so hard that his knuckles ripped open every night. It was not right that I had to stand on the side, waiting for him to fight through his haze before he noticed I was there, and then watch as blood dripped from his hands to the floor.

But all of that was happening.

Because three weeks after there’d been a kidnapping attempt on me, after he had saved me, everything was just, simply, not okay.

To be more frank, everything was shit.

And here I was.

In the back of an SUV being driven by one of my two personal bodyguards, to a school that I used to daydream about attending, while my boyfriend, that guy I had come to love so much, was heading into his own personal nightmare.

Fitz, my guard, clued in on my state and didn’t ask again, but his eyes were on me. He saw. He more than saw, and I knew I’d be getting a call from Kash about two minutes after the first chance Fitz had a moment to text his boss that I was not okay.

Today was the day all my dreams were supposed to come true.

Instead, I was a week late going to my graduate program and I wanted to be anywhere except where I was going. And I had no say, because the world found out in a big way I was the daughter of Peter Francis, a tech legend who I’d grown up idolizing until I found out myself, this past summer, that he was also my father.

And then there was my boyfriend, Kash Colello, whose grandfather was one of the richest men in the world, but that came with strings and dangerous alliances with the dark underground of the world. My boyfriend, with his inherited wealth, now that he had come out of the shadows to the world, and whose “coming out” was even bigger than mine because of his connections and his family, was now the ninth wealthiest man in the world.

Life as Peter Francis’s daughter, life as Kash Colello’s girlfriend, was a whole lot different than life had been as Bailey Hayes.

There were rules and expectations and lots and lots of people watching you.

I had a pit in my stomach the size of the Grand Canyon and no one could tell me not to have it. It was there. It was getting bigger every morning I woke, and it wouldn’t stop growing.

But that wasn’t for Fitz to deal with, or my new classmates.

I was hoping they had no clue who I was, but I was realistic and knew they probably did. Everyone in our world knew my father, so that meant everyone would know who his daughter was.

I was lying through my teeth.

The shadow in his gaze cleared. He nodded, the wrinkles smoothing out in his forehead, and while he went back to driving and doing his job, no longer holding a nagging worry, I was still here. I was still not okay.

My phone buzzed. It was Matt.

The text from my older brother was helping to ease some of the doom and gloom. Especially because I was pretty sure he’d be sleeping off a hangover from drinking at Naveah the night before. The nightclub was their favorite spot to see, be seen, and to get laid.

We drove more, and my phone buzzed a second time. MomBoss.

Hope your day is amazing, sweetie!! You’ll wow everyone with your brain.

Chrissy Hayes, aka MomBoss, aka my mother. She was being the doting and loving mother this morning, not the feisty, ready-to-commit-murder-and-hide-the-bodies mom or her other alter ego, the party animal.

She had a bigger social life than I did.

We kept driving and my phone buzzed a few more times. Ser:

KICK ASS, BIG SISTER!! FIRST DAY FOR BOTH OF US!

Well, then. I didn’t realize my little sister was that excited to start eighth grade. It eased my worry for her, because I knew Seraphina was kind and pure and those friends around her were so not the same.