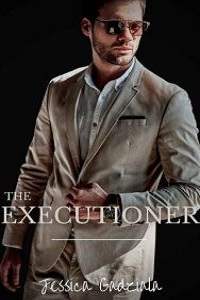 “Bellamy, the fuck are you doing?” Quin barked as he came in the front door of the office. Where I was waltzing a svelte, gray-haired, green-eyed woman around the waiting room.

“Entertaining this charming young lady,” I declared, giving her a wink when she swatted at my shoulder.

“All the more reason she should be charmed, yes?” I asked, watching as the muscle began to tick in his jaw.

I would say that this was an uncommon reaction, but that would be a lie. The truth of the matter was that I tended to aggravate the big guy. Which was impressive given how infrequently I graced the office with my presence.

“Ms. Wilmington, I apologize Bellamy kept you longer than necessary,” Quin said, getting a wave from the woman.

“No worries. I haven’t been waltzed around like that since my coming out party,” she said, giving me a smile, then making her way out the door.

“Do you have any idea who that was?” Quin asked when we were alone.

“And you don’t know who Ms. Wilmington is?”

“She runs the biggest extortion ring in Canada,” Quin told me. “She’s not the kind of woman you want to be rubbing shoulders with. Especially with as much money as she could get out of you if she was so inclined.”

“Worried about my well-being, boss?” I asked, falling into step behind him as he went down the hall, stopping at the end at the coffee station before heading into his office.

“Worried about my investment in you, more like,” Quin said, going behind his desk. “But maybe if you actually needed the money, you would take your work here more seriously.”

“Speaking of, if I am being called in…” I said, unbuttoning my jacket so I could sit down.

It was no secret that he didn’t like having to call me in. Quin was a man who viewed taking a life seriously. He hemmed and hawed it until there was no other option.

“What is the job?” I asked, reaching to check my phone.

“Remember that case Miller and Lincoln did a few months back? Between Adams and Franklin?” Quin asked. “I know you haven’t been in the office much, but…”

“But I know both men from the circles I run in,” I filled in for him. By that, I meant the upper echelon circles where men built bigger and bigger yachts in a modern version of a dick-measuring contest.

“Exactly. After three fucking weeks of negotiations, we thought we came to an agreement.”

“Who fucked with the agreement?” I asked, figuring it would be one of those men whose life I was about to take. I wasn’t particularly bothered by either option. They were both assholes.

“It’s worse than that, actually,” Quin said, sighing as he reached up to rub the bridge of his nose. “Franklin went back on the agreement first. Adams retaliated by having his daughter assaulted.”

“What?” I asked, putting my phone down as I straightened in the chair. “You’re sure?” I asked. It was an ugly world, after all. Not even extreme wealth or privilege could insulate a woman from men who wanted to harm them.

“I mean he didn’t leave a note, but yes. Things have been… implied,” Quin said, eyes hard. “I think Franklin would do the task himself, but Adams…”

“Lives in a verifiable compound with a half a dozen ex-military security guards,” I supplied.

“Yeah,” Quin said, nodding. “Honestly, this time, even if Franklin didn’t come to us with it, I would be having you do the job Pro Bono. This shit can’t stand.”

“You’ll need to meet with Smith about the specifics to infiltrate.”

“Yes, sir,” I agreed, standing, and buttoning my jacket.

I think we both knew at that moment that I wouldn’t be waiting around for Smith to get to the office at a reasonable hour to break down the schematics of the Adams estate to me, then come up with some stealthy plan to infiltrate.

I’d been in the military too.

I didn’t need help figuring out how to carry out a mission.

What I did need was someone to show me the layout.

I took a quick stroll to Lincoln’s room that was typically kept in such disarray that no one—least of all Lincoln—would notice that I’d started using the bottom of his filing cabinet for my own storage since I didn’t have an office of my own.

I grabbed what I was after then made my way back out into the hall, tapping my fingers onto the door to Nia’s office.

“What?” Nia barked from inside, making my lips curl up as I pushed open the door.

“Nia, you ravishing creat…oh,” I cut off as my gaze landed on her.

“Yeah, I know. I’m a mess,” Nia said, glancing over, and I could tell by the way that she was squinting at me that she’d been staring at her computer long enough that her vision was blurry when she looked up.