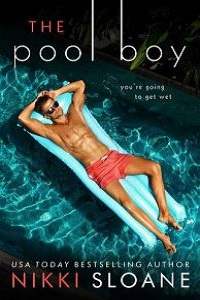 When Clark’s phone rang, his gaze flicked to mine. It was loud in the trendy restaurant, and his phone was on silent, but it rested face down on the table, so I could feel the vibration of it through my elbows planted on the tabletop.

He flipped it over and glanced at the screen, and he didn’t have to say anything for me to know who was calling. His hesitant expression announced it was his boss, Derrick, and the software upgrade his company was rolling out was not going well.

I pressed my lips together to hold in my disappointment. We’d known for weeks going out tonight would be risky. Clark had been a programmer for Hale Banking and Holding Company long before we’d met and gotten married, and never once had an upgrade gone off without a hitch.

“It’s okay,” I said, pushing out a smile. “At least we made it through most of dinner.”

He shot me an apologetic look as he stood and snatched up his phone. It was too loud in here, so he’d take the call outside. “Maybe they just have a question.”

I quirked my eyebrow and tilted my head to let him know I thought he was dreaming. It seemed like the Nashville branch of HBHC couldn’t run without him. I’d joked more than once that Derrick was his work husband and saw Clark far more often than I did. Processing servers were always going down, or a single error in a line of code would cause a massive issue, requiring him at all hours of the day.

Of course they do, I wanted to snap.

My husband was an attractive man. He worked out three times a week with a trainer, had a handsome face, and took pride in his appearance. But I couldn’t look at him, too frustrated with the situation. Instead, I stared at the remainder of the steak I’d ordered for dinner.

“It’s okay,” I lied, and forced brightness into my voice. “I’ll take an Uber and see you at home. Good luck with the system.”

“Thanks.” He leaned down and dropped a quick kiss on my forehead. “Happy birthday, Erika.”

That was what he left me with. No I love you or a kiss containing a speck of passion. I shouldn’t have been surprised. My husband had never been affectionate, and over the last few years, his sex drive had faded to nothing—right as mine had ramped up to the max. Once the desire for me had gone, it seemed unlikely it’d ever come back.

Not unless I did something drastic.

I stared across the long, narrow dining room, wrapped with exposed brick, and considered my options. It meant I was deep in thought when the waiter appeared at the tableside and gestured to Clark’s plate.

“Do you know if he’s finished? Should I get these plates out of the way?”

The man slowed as he collected the dish. “Oh. The gentleman said it was your birthday and ordered dessert. We were going to sing.” He delivered an amused smile. “You still want that? Our voices aren’t great, but our chocolate cake is.”

He gathered the silverware and stacked it on the plates, resting in the crook of his arm. “You sure? You only turn twenty-one once.”

When he winked, it was playful and harmless, and I couldn’t help but chuckle. “Oh? And what about forty-two?”

He blinked in surprise, then looked at me dubiously. “No way.” He shook his head. “Wow. No lie. I would have guessed early thirties at the most.”

Warmth bloomed inside me. It was nice to hear, and he’d seemed genuine. “Thank you.”

I’d been blessed with both good genes and a mother who believed her children weren’t allowed to see the sun until she’d applied sunscreen to every inch of them. I looked young. My boss, Ardy, referred to me as “kid,” even though he was just ten years older than I was.

But he also called nearly everyone “kid.”

It also helped that over the last year, I’d gotten in the best shape of my life. I’d been focused to hit my goal by my next birthday, and this morning in the gym, I’d stepped up to the pullup bar and knocked out ten chin-ups without assistance.

So, tonight wasn’t about turning a year older so much as it was a celebration of a year of hard work and determination.

The waiter brought me the chocolate cake anyway, but he was smart enough to put it in a take-home box. “In case you change your mind. Happy birthday.”

I hadn’t had sweets in forever, and as I stared at the white box, I was suddenly grateful. Clark probably wouldn’t be home until the middle of the night, and a slice of cake would be a nice consolation prize.