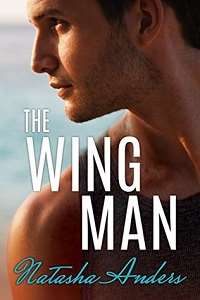 Mason Carlisle sucked in a bracing breath of icy cold air, and then, ignoring the heavy pool of dread that settled in his stomach, stepped into Ralphie’s Pub. A wall of humidity and noise slammed into him and stole the clean air from his lungs in an instant. He hadn’t set foot in this place in over a year; it wasn’t really his scene. Not anymore.

“Hey, Mason. Long time, buddy. What can I get for you?” the heavyset bartender said as Mason sat down at the end of the bar. Mason dipped his head in greeting and cast a glance around the unusually full local pub. He couldn’t recall ever seeing the place this busy before, and he wondered what the occasion was.

“Just a beer, thanks, Ralphie,” he said. “It’s really pumping in here tonight.”

“Yeah, hey? A hen party.” Ralphie pointed his double chins toward a corner of squealing, giggling women, and Mason frowned. Ralphie’s wasn’t the sort of place to attract hen parties—or women, for that matter—so their choice of venue was perplexing to say the least.

“Who’s getting married?” Mason asked, running a hand over his stubbled jaw, absently noting the need for a shave. He wasn’t particularly interested in Ralphie’s answer but was killing time until his brother, Spencer, showed up.

The local veterinarian, Andrew McGregor, had three daughters, and just about every guy in high school—Mason included—had had a crush on the pretty one, Dahlia. Daffodil, the cute, older one, had been in Mason’s class. He recalled her being obnoxious and sarcastic. He didn’t really remember much else about her or the other, youngest one.

Mason didn’t particularly care to dwell on McGregor’s girls right now; he was more interested in where the hell his brother was. Spencer had begged Mason to join him at Ralphie’s and now couldn’t be bothered to show up on time. If not for the fact that Spencer was going through a rough spot after his separation from his long-time girlfriend, Tanya, Mason would have ditched his ass and headed home. He had a dog that needed walking, a six-pack that wanted drinking, and a classic eighties action movie to watch.

Yeah, all things considered, he’d much rather be at home.

“Seriously? That thing looks like the Hulk’s cock. Talk about placing unrealistic expectations on a guy. I hope her groom can compete.” Spencer’s voice came from behind him, and Mason turned to glare at his brother.

“Yeah, sorry,” Spencer said, rubbing his hand tiredly over the nape of his neck. “A couple of tourists came in for some hiking equipment. It was a big sale; I couldn’t just close up shop.” Spencer owned a successful sporting goods store in the center of town.

“So why’d you want to meet?” Mason asked, cutting to the chase as he took a thirsty pull from his beer. “It sounded urgent.”

“It is . . . I need a favor, Mase.” His brother looked so damned serious that Mason sat up straight, alarmed.

“Anything,” he promised, somewhat rashly.

“They’re having Lia McGregor’s hen party here tonight,” Spencer pointed out unnecessarily, and Mason spared an impatient glance at the gaggle of giggling women before slanting his gaze back to his brother.

“Get to the point, will you?” he prompted, and Spencer shrugged.

“That kind of is the point,” he muttered, his voice so low Mason barely heard it above the chatter of the crowd and the overloud laughter of the women in the corner.

“I want to spend some time with Daff tonight. You know I’ve always liked her, and if she’d given me the time of day back when, I would probably never have hooked up with Tanya. I was too damned stupid to really try in the past, but I won’t let the opportunity slide by again. The McGregor sisters hardly ever hang out in the same places we do. This could be my last chance.”

“Yeah, they don’t hang out where we do because they think they’re too bloody good to spend time with the likes of us,” Mason scoffed. “Spence, we’re hardly their type. They go for the preppy guys with the right backgrounds. A guy like you wouldn’t stand a chance.”

The Carlisle brothers had been the rebels at school, the troublemakers from the wrong side of town. They had both long since outgrown that reputation and, despite their tough upbringing, had made successes of their lives. Spencer, with a rugby scholarship in hand, had graduated debt free. After a relatively successful amateur rugby career, he’d gone on to obtain his MBA and had returned home a local sports hero, capitalizing on his reputation by opening his sports store.