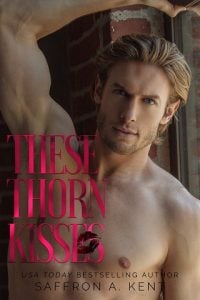 A mosaic of thoughts, ideas and images that run through your mind while asleep.

Also, a goal or an ambition

No such thing. Because dreams don’t break. They evolve and morph and grow as you grow. Dreams are what you make them.

There’s a man I’m staring at.

In fact, he’s so tall and so broad that he’s bursting out of his clothes. He is.

The black suit that he’s wearing can barely contain him. It looks like his shoulders, muscular and so totally sculpted, will bust out of his suit jacket. And that chest which appears rock hard and cut will tear out of his white dress shirt.

That’s the first indication that he’s not from here.

Not the fact that he’s quite possibly the most built and athletic man I’ve ever seen in my short sixteen and a half years of life. But the fact that his suit is clearly ill-fitted and outdated.

Making me think that he doesn’t wear it often, or even if he does wear it, he doesn’t care about keeping up with the latest styles and fashions or the fact that his body is too large for it.

To not care about such silly, superficial things.

Actually no. That’s not the most fascinating thing about him.

The most fascinating thing about this Mystery Man is his hair.

It not only curls at the ends, brushing and grazing the collar of that outdated suit jacket, but it also falls over his forehead. Some strands are even hanging down to his brows. And then there are strands that flutter over the side of his face.

By this town’s standards, he totally needs a haircut and hair gel. A comb too, maybe.

And I so very much don’t want him to get any of those things because God, I’ve never seen hair like that. I might have seen a physique like his — although I doubt that; no one’s as tall or large as him where I come from — but not the hair.

I wish I could tell the exact color of his hair but he’s standing in such a dark, lonely corner of this spacious yet crowded ballroom that I can’t. I can’t even see his face very clearly. All I can see are lines that ride high in his cheekbones and angles that slant so beautifully in his jaw.

But whatever I can see has me utterly convinced that he is definitely, definitely not from Wuthering Garden, the town I live in. The town that I don’t really venture out of.

Because the towns surrounding our town are “beneath us.”

At least that’s what my mom says.

She says that those towns are full of poor, desperate, middle-class people who know nothing about our rich and fabulous ways. In fact, those people would do anything to learn our ways and be like us.

So we need to protect ourselves from them.

We need to stick to our town, to our people and to our posh society where people get regular haircuts and never ever wear anything last season.

So maybe I should just stand here, in my own dark and lonely corner which is very graciously doubling as a hiding spot, and not walk up to him.

I should probably not think about asking him his name or where he came from. Or what he’s doing here at this party.

Not to mention, why does it look like he’s not breathing?

I could be wrong about that though. About the not breathing part.

Because as I said I’m all the way over here, hidden between two potted plants, and he’s all the way over there, at almost the opposite end of the ballroom. But I swear to God, I haven’t seen him move once in the past ten minutes that I’ve been watching him.

I haven’t seen him reach for a drink when the waiter passed by or nod at any of the people who have walked by him and actually paused to throw him a second look. I have a feeling that it wasn’t because he looks like he doesn’t belong here but because of how rugged and interesting he is.

Because mostly who did pause and give him a second look were women. Mothers of some of my classmates even.

But anyway, it’s none of my business why he appears so deathly still or what exactly is the color of his hair. I should just stick to my hiding spot and stop watching him.

I should worry about my own self.

I should; tonight is a big night for me. Sort of.

It looks like I’m not going to though, worry about myself that is. It looks like I’m going to come out of my hiding spot and walk up to him. I even take a few steps in his direction, and of course that’s my first mistake.

Because of course I get caught.