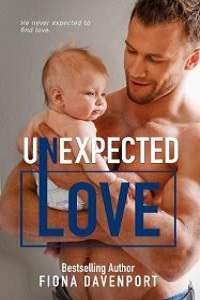 “Whoa!” I ducked just in time to miss the stream of urine that was coming from the wiggling little human on the table in front of me. “Nice try, dude,” I teased Tucker as I carefully folded the diaper over him and secured the sides. Lifting him to dangle in front of me, I nodded in satisfaction when it stayed on. Tucker gurgled, which I took as congratulations for accomplishing this task. It was always touch and go with those things. It was like the velcro straps knew their purpose and decided to rebel against it.

I settled him into the crook of my arm and walked from the room I’d recently turned into a nursery, heading to the kitchen. Tucker had only been living with me for a couple of weeks, but he was already the center of my world. I knew I’d get the hang of this dad thing eventually, but it was definitely overwhelming. I was constantly afraid that I was going to break him. Or do something that would scar him for life.

When my brother and his wife died, I was devastated. However, they’d named me as the guardian of their one-month-old baby boy in their will. To my surprise, not only had he helped my heart to heal, but he’d filled it in a way I hadn’t known was possible. It had only taken an instant to become his dad and think of him as my son.

Having a family had always been somewhere in the peripheral vision of my life plan, but it wasn’t something I really contemplated since I was always working. I’d built my tech company from the ground up, and now, it was worth billions. That came at a price, and at thirty-nine, I wasn’t sure if I’d missed the moment. Then Tucker showed up, and I realized what I’d have missed out on if I’d simply closed the door on starting a family.

Perhaps it was fate, but I’d sold my penthouse apartment in Midtown New York City less than a year before and bought a townhouse on the Upper West Side. It even had a yard, and I’d already ordered an awesome playset even though it would be several years before he’d use it.

Once I entered the kitchen on the second floor, I strapped Tucker into his swing and grabbed a bottle from the drying rack. I placed it under the machine that spit out formula and picked the correct ounces on the touchscreen before pressing the start button. I’d done a ton of research on babies and had been enormously happy to discover this machine, which was basically a Keurig for babies.

After Tucker was fed, he began to rub his eyes, and I transferred him to the infant carrier I’d bought because it was supposedly the best on the market. I was utterly exhausted, but I had some errands to run, and since he slept like a rock, I figured it was as good a time as any to get them done. I shot off a text to my driver, then tucked a blanket around my boy and grabbed my keys and wallet. The black Town Car was already idling at the curb when I stepped outside with the carrier, a backpack full of baby stuff, and a few folders of documents that needed to be dropped at my office.

“Mr. Carrington.” My driver, Hank, hurried over to help, and I handed over everything except Tucker, not trusting anyone but myself to make sure he was safe and secure in the back seat. Once I was settled in beside him, I told Hank to take us to my office, so he pulled away from the curb and drove in that direction.

I’d been working from home since Tucker had come to live with me, but I needed to stop by my office at times and make sure the place wasn’t falling apart without me. Though the signed documents could have been couriered over, dropping them off was a good opportunity to check in.

Cabe, my secretary, had been with me for five years. I was supremely grateful for him because, while he’d always been reliable and excellent at his job, he had adapted to my new lifestyle seamlessly. He’d proved himself so much more capable than I’d given him credit for. It was a lifesaver, considering that half the time I was awake, I was still a zombie from being up with Tucker at night. When I stepped off the elevator in my building, Cabe was already waiting for me and accompanied me on the walk to my office.

“He’s so adorable.” I held in a laugh at the way my efficient, no-nonsense assistant melted whenever he was around my son. Cabe was extremely private, so most people didn’t know that he and his husband had started the process of becoming parents shortly before Tucker arrived at my door. They’d finally found a surrogate and were getting closer, which was probably part of the reason he became a gooey marshmallow whenever he saw Tucker.