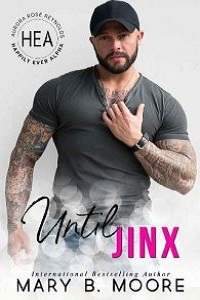 “Your two o’clock is due in, man,” Ramon, the guy who did our piercings and handled the reception, shouted. “They’ve got their own design, but they want it over a scar or something.”

Wincing, I finished covering the bench with plastic wrap. Scars weren’t easy to tattoo over unless they were old. Even then, there was a special process to make sure the skin took the ink okay. A lot of people chose to cover over them, and they tended to want it done as soon as they got it—which was a no. The older the scar, the better.

“Did they say how old the scar was?”

The door at the entrance of the studio alerted us to an arrival. It didn’t have a bell or make a beeping noise when it was opened like businesses normally used. Instead, a voice yelling “Yo” warned us when someone came in, thanks to my partner, Blaze.

“He’ll be with you in a minute,” Ramon said to whoever it was. “He’s just getting it all set up and ready for you.”

I’d been doing tattoos for so many years that it was almost second nature now, but something about the name for this appointment was niggling at me. Sienna Blake.

Even as I walked up to her with my hand out and my usual smile on my face, I couldn’t figure it out. She was about five foot six, and a strawberry blonde, but that’s all I could make out because she kept her head down as she shook my hand.

“Hey, Sienna, nice to meet you. I’m Jinx, and I’m going to go over things with you.” When she just nodded, I gestured with my thumb over my shoulder. “Room’s this way. Follow me.”

Sharing a look with Ramon over her head, he just shrugged and shook his head as I turned to lead her to the room, making small chat to try and put her at ease.

“So, do you have any tattoos already?”

Her voice when she finally spoke was quiet, barely above a whisper and raspy.

“I’ve got one on my wrist, but this one will be different, I guess.”

I was typically the type of guy who grunted or kept my sentences short, but something about her just made me want to talk to get her out of her shell. So that’s what I did.

“Yeah,” I chuckled, “they’re very different. This one’s going on your side, isn’t it?”

Instead of talking like I’d hoped, she just nodded her head and made her way into the room behind me as I watched her over my shoulder. I was so caught up in doing it, though, that I walked into the table, making it screech loudly across the floor.

“My bad. We’ve…” Think, Jinx, think. “We’ve just moved things around in here, so I’m used to how it was before.” As far as lame excuses went, I was thinking that one would get an A+.

“If you hop up on the table and get the sketch out, we can get things started,” I told her as I nudged the stool over with my foot.

The name was still bugging me the whole time, and even though I’d only been in her presence for all of two minutes, she was an enigma that was very intriguing.

Maybe she had the same name as an actress or singer? No, that couldn’t be it, I’d be able to place it if it was.

Pulling out an A4 piece of paper from her purse, she passed it over to me, her hand trembling slightly.

As I took it from her, I said casually, “Just to say, there’s no need to be nervous around me, okay? I’ve been doing this for years, and I promise I’ll do a great job for you.”

Opening up the paper, I was blown away by what was on it. The huge waves were so detailed, it was like they came out of it at me. And instead of having the tips curling white like they were crashing, they were dark, with birds colored solidly in black flying off the edges of them into the sky.

“Damn,” I whistled. “Whoever did this is a genius.”

I’d excelled in art at school and college, and I loved sketching and painting, but no way could I have dreamed up a concept like this.

Sitting down on the stool, I wheeled myself forward until I was only a foot away from her.

That’s when she lifted her head, zinging me with soulful brown eyes and a beautiful face.

“I did it. I wanted to get something that finally portrays me getting free of a turbulent time in my life that’s haunted me since it happened. This is what came to mind when I thought about how to illustrate it.”

“So, this is a freedom tattoo?”

“No, it’s a survivor tattoo that will give me my freedom.” She held my eyes as she spoke now, and I almost lost track of what she’d said until the words sank in.