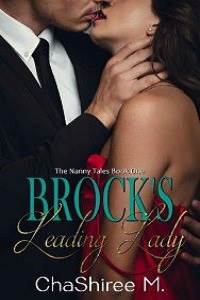 “I’m sorry Mr. Phillips. My doctor said I need to stay off my feet as much as possible. Besides, Lee doesn’t want me working anymore once the baby comes.”

Standing in my kitchen listening to my nanny, who has been with me and helping take care of my kids for the past four years, as she tells me why she is suddenly walking out on me and without notice. I put my hand to my forehead to try and stall the pounding headache I feel building. Rubbing my temples, I try not saying anything to give myself a little time. Hopefully I won’t say anything I will not be able to take back if I can stop myself from speaking.

“Believe me. I didn’t want to do this on such a short notice. But I have no choice. I am going to miss the kids so much. I love them. You know that. I have written out a list of young ladies I think that would be a good fit for you and the kids. Will you tell them I love them?”

Is she serious? I am not telling them anything. If she is so worried about it, she would at least wait for them to come home. But is she? NO. Frankly, I have had enough of her babbling. The longer she talks, the more pissed I become.

“Have a nice life, Lucy.” I open the front door and stare into her face, leaving no misunderstanding of my demand. She stands there shocked at first, waiting for me to… what… I don’t know. When she realizes I'm saying nothing else she walks out with her head hung low. I slam the door and let out the breath I have been holding.

I am the top film producer in Hollywood. Of course, that could change at any moment, but I have held that position for the past six years. From the moment I left for college, I knew what I wanted to do. I enrolled in every business, acting, directing, and media course imaginable. I was determined to make a name for myself.

Fresh out of college, I was offered a position as the assistant to Sicily Madaris. At the time, she was the head of LLN studios in Hollywood California. It could be said that if she endorses you in the industry, then you have made it. I was her assistant for three years. Vetting actors and directors, while managing her studio.

My break came when someone brought her the script for a biopic on Aerosmith and she turned it down. I took this as an opportunity that should be taken advantage of and not passed on. There were quite a few meetings for funding, a couple of conversations with some execs I had befriended while working for Sicily, and I had my first film. When it won me an Oscar, my name became known as an up and comer and the rest as they say is history. Quite simply, I knew what I wanted, and I went for it. That is how I run my studio now and always will.

The point is that Lucy should know me well enough to know that I don’t play games, and I don’t second guess myself. When a person crosses me, they are through. I remove them from my life and don’t look back. Now what the hell am I supposed to do?

“Lacey. I need you to place an ad in the paper for a nanny. I will need them to start asap. They must have experience with children. A college graduate is preferred, but not mandatory. There is two weeks paid vacation after six months. I will provide a car and all memberships needed for the kids. They should be available to start on Monday. Some overnights are necessary, as well as some weekends. The pay is $75,000 a year with a raise after one year. This is to be sent out immediately to all the agencies and newspapers. Have Clara vet them and send me the ones that pass her inspection. That will be all Lacey.” Ending the conversation, I can’t help but be frustrated. It has been a week since Lucy left. I took the week off, but now it is time to get back to business.

Sitting back in my office chair, I rub my hands over my face letting the exasperation show. Sometimes, I can’t help but wish I had restrained my cock all those years ago. Eight years ago, to be exact. It was about the time I began producing the Aerosmith biopic, that I met a shy sweet aspiring actress from Monkton, Wyoming named Karinna.

Karinna was beautiful. Blonde, short, not too thin, tits for days, and the sweetest smile. She was only twenty to my twenty-five, and this was her first time away from home. I courted her by taking her to some of the poshest spots and introduced her to all the right people. I even went as far as to cast her in the biopic to help her get a start. It was not a major role, mind you, but it did give her some camera time.