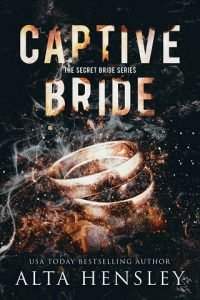 There’s a fly in the honey.

The contamination must be rid.

Please allow him to be the one who gets away.

“Run. Run,” I whisper against the glass of the window. My breath fogs my vision, but I can still see. “It’s not too late. You still have time. Run.”

He can’t hear me. They never hear me.

I consider pounding my fists against the glass to capture his attention but know that will only make it worse. If he sees me… he’ll continue to come forward in curiosity. He won’t run away.

He needs to run away. He just doesn’t know it yet.

There’s a fly in the honey and Hell will be paid.

He’s not the first. He won’t be the last.

My heart stops as he points his camera in my direction. What if he sees me? What if I’m in his picture? Will I be to blame for what comes next? I know what’s in store. It’s always the same.

Although there is something different in this man from the others. His camera looks bigger and harder to use. He has to spin the front of it back and forth as he takes the pictures. He’s dressed differently than the ones before him. Hiking boots, khaki pants with lots of pockets, a cream cotton shirt that buttons with sleeves rolled to his upper arms above the elbows. His attire makes him appear more worldly than the others. Like he’s on an adventure rather than just a sightseeing day trip.

But he’s still the fly in the honey and will have to face the consequences. There’s nothing I can do. I know this.

He should have stayed on the beaten path. He should have heeded the warnings of the no trespassing signs. There is plenty to see down the hill. The old, abandoned buildings in the main part of Hallelujah Junction are just as good as the ones up here. The ghost town and main attraction are down the hill.

There’s an old church, a mercantile, pharmacy, a livery, and even a small jail. All the houses remain standing and preserved. Inside is the left behind furniture of the 1800s residents who built this mining town before they all vacated in a hurry for some unknown reason. History frozen in time. Secrets and whispers of the ghosts mesmerize people from around the world.

Why had the townsfolk left in such a hurry?

Why would they leave their belongings behind?

These were the eerie questions that made Hallelujah Junction become the tourist attraction that it was.

The tourists can see the schoolhouse from the main street. It towers on the top of Cemetery Road meant to look at but never approach. There are several buildings in Hallelujah Junction that are strictly off limits to the public due to safety reasons. The signs clearly mark the prohibited from the welcome.

So why? Why does he ignore the signs? There are just as many worn-down houses and dilapidated pieces of history to take pictures of in the main area. Stay with the tourists. Stay where it’s safe. Listen to the ranger and follow the rules. The rules are simple: Stay on the paths. No littering. No destruction of property. Stay. On. The. Paths.

The rules are so simple.

Break the rules, and you will pay the price.

I see his shadow first. The ranger.

I should leave the window and walk away. Pine Cone, my cat, rubs along my leg begging for some attention. She knows what is good for me. I should listen to her. I don’t need to see this. I shouldn’t see this. But I can never look away. This time could be different.

The man is larger than the ranger. His shoulders are broad and his chest wide. It appears as if he could run faster with his long, lean legs. He could resist and win. Maybe that is why he broke the rules. Maybe he knows he can.

But I don’t want him to hurt the ranger.

The ranger is my Papa Rich. He’s mine. He’s all I have.

I hold my breath, not sure what I want to see. Whose side am I on? The rule breaker or my Papa Rich?

“You’re trespassing,” I hear Papa Rich say. The glass of the window is thin. The air is still.

The rule breaker turns, startled. “Oh sorry, man. I’ll be out of your hair in just a second. I’m shooting an article for Rolling Stone called ‘Find Your Wild.’ I want to make sure I capture it all.”

“Did you not see the signs?”

“I’ll be quick. I saw the schoolhouse up here on the hill and needed to get a better picture up close.” He continues taking pictures as if the ranger has no power over what he does or doesn’t do.

Papa Rich’s jaw tightens. His eyes narrow. I recognize this look. I know exactly what comes next. Papa Rich looks at the old schoolhouse. At me. I’m hidden away in the structure of this trespasser’s dangerous obsession.