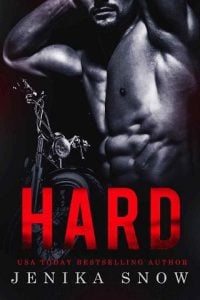 He’d been called many things in the past, and although most of them were true, Izabella never believed Corbin Grant was a womanizer. She didn’t want to believe it anyway.

Izabella Heart had known Corbin and his sister, Crestin, since they were fifteen years old. Living next door to each other, Izabella and Crestin had become close friends. Even ten years later, Izabella still kept in contact with her best friend even though Crestin moved away.

But with Crestin and Corbin’s parents passing away unexpectedly five years ago, and Corbin now living in their home, and with Izabella’s parents moving for her father’s business, Izabella had the opportunity to see Corbin all the time.

Yeah, but seeing him all the time means I get to see the revolving door of women in his life.

The three of them might have hung out when they were younger, but now, all Izabella got from Corbin was a tilt of his lips and a cock of his head in acknowledgment.

It doesn’t help that you want him and always have.

Clearing her mind of Corbin and what he did on his own time, she grabbed her cell, purse, and jacket and headed outside. She was locking the front door when she heard the sound of his motorcycle approaching. Glancing over her shoulder, she saw Corbin pulling into his driveway, his Harley roaring like some kind of feral animal.

A small Toyota pulled up behind him only seconds later, and although Izabella shouldn’t have been nosy … well, she also couldn’t turn away.

The way her house was situated and where she stood on the porch allowed her to watch Corbin without him really being able to see her. The bushes blocked her from his view, so as much as she knew watching him was slightly on the creepy side, she also found this weird fascination with the women he brought home.

They were always gorgeous, all different ages and races, but they all had one thing in common... they had perfect bodies. The woman who got out of the car was no different. She had curly black hair, her skin this gorgeous mocha color, and her body a size two. The crop top she wore showed off her flat belly, and Izabella found herself covering her own stomach.

With her belly having a softness to it, and Izabella never having the confidence to pull off a shirt like that, she knew she’d never gain the attention of Corbin in that way.

He’s a friend. Nothing more. He’ll never see me as one of those women he brings home.

The woman walked up to Corbin and smiled widely as she lifted her hand and ran her fingers over his bulging bicep. Izabella let her gaze travel the wide expanse of his chest, what she could see anyway, but she’d memorized what he’d looked like already, with and without a shirt on.

Her keys slipped from her fingers, clattering to the ground and seeming so loud everything else stopped. The houses were close enough together that the woman and Corbin both turned and glanced Izabella’s way.

She felt her face heat, lifted her hand in an awkward wave, and bent down to grab the keys. Then she kept her head low and her gaze averted as she made her way to the car.

It wasn’t until she was in the car and pulling out of her driveway that she glanced at Corbin again. The woman was heading into the house, but Corbin was watching Izabella, his sunglasses in place and a cocky smile on his face.

Corbin couldn’t help but watch Izabella drive off. He’d been watching her watch him for longer than he cared to even admit, and the truth was he fucking liked that she did it. In the past ten years since they’d known each other, since he’d watched her grow from an awkward teenager to a voluptuous, gorgeous woman, he’d wanted to admit how he felt for her.

But maybe it was because their friendship hindered him, or maybe he just didn’t want to fuck things up with her? Either way, he’d kept his distance and didn’t plan on saying anything and potentially ruining shit.

He wanted Izabella Heart, his twin sister’s friend, a figure in his life he’d known for the past decade, and a woman he probably would never have.

It wasn’t that he played the field or that he liked the reputation of being a man-whore because the truth was, he didn’t sleep around, not anymore.

He might have done his fair share of sleeping around as a teenager and in his early twenties, but he’d been focused on work and making something of his life. Now he wanted a family, a woman he could love and trust, could give his heart to, and in return have hers.

“Corbin, are you coming in?” Allie said, her hip cocked out and her grin wide.