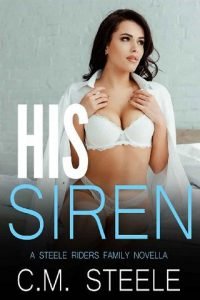 “Why don’t you want to take me to your room?” the redhead says breathily, clinging to my bicep with her bright red talons. She’s a beautiful woman who really needs to sleep it off, and not with a man.

“Excuse me,” I spat out, roughly tugging the woman’s hand off my sleeve. It’s not even noon, and she’s sloshed. My staff know when to cut someone off, but not all the hotels care if women are stumbling around or whoring themselves out to a rich suit. I wave to my security to have someone take her to her room and make her sleep.

Just then, an older man, probably in his sixties, comes up and says, “If you touch my wife like that again, we’re going to have a problem.” I cock my brow at this buffoon, coming to me like that.

“Are you booked here?” I calmly ask the man, itching to toss him from my hotel for such disrespect.

By the time I step into my office, the day’s already been a long one and it’s only noon. I slide off my expensive suit jacket that now smells like high-priced perfume. I toss it onto the coat rack behind the door where the ventilation pulls the air from the room, hoping to get some of the stench of that offensive perfume off before I send it to laundry. I call my head of security who has access to my suite. “Anderson, I need another suit jacket brought down.”

“Black Armani?” he asks, having seen me on camera.

“In ten.” I end the call and walk over to my sideboard that’s stacked with some of the best liquors for my meetings. I pour myself a glass of whiskey and then drop down onto my sofa to shake off this aggravation. I usually stay away from booze while I’m on the clock, but today went south as soon as I opened my eyes at three in the morning.

One after the other, unsatisfied guests complained about not getting comped, and several bachelorette parties arrived with their eyes on me for a good time. I’m a good-looking man, but I’ve never seen so many women eager to brush up on me today. Worse, two of them were the brides. What is wrong with this world?

I thrust my hands through my hair. “Maybe I need to retire already,” I grumble to myself. At thirty-two, it’s nuts to even consider throwing in the towel, but I’ve lost all interest in owning this hotel or any of the ten that my best friend and I have built from the ground up over the past fourteen years.

I stroll over and refill my glass, then take a seat behind my desk to attempt to get some work done. I take a long drink from my rocks glass and check out the cameras on my three-screen computer to see if there’s any other chaos unfolding around the hotel.

Boom. Chaos hits me dead in the chest as I stare at the cameras. Slamming my glass on top of my mahogany desk, I give no fucks if I damage the ten-thousand-dollar piece of furniture because suddenly my being is too focused on the sweet little thing strolling through the lobby of my hotel. My pants tighten painfully, taking me by surprise.

It’s been so long since I’ve gotten hard looking at a woman. My mother used to blame it on herself. As a dancer at one of the clubs on the strip, I sat many evenings in the dressing room doing my homework. By the time I hit my teens, I’d been desensitized to half-naked women. My ambitions were to give us a better life, and women played no part in that. None of my inner circle are females because I demand it to be that way, although we employ about five hundred women throughout our chains of hotels.

This little woman, though, she’s different, and I feel it through my bones and straight into my chest. I screen capture several shots of her for later. Now, I zoom in and realize she’s not alone.

“Who the hell is that son of bitch with mi sirena?” I bark at the monitors, staring at the backs of a group of people walking through the lobby. A man has got his arm around her shoulder, making me livid. She doesn’t flinch or pull from his hold, letting me know they’re more than familiar and she welcomes his touch.

Rage boils inside of me as I watch the dark-haired beauty move into the arms of another man. I want to rip his arms from his body, then step up to my woman and brush her bangs aside and see those wide doe eyes on me again.