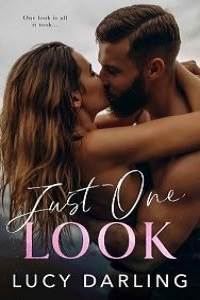 I stare down at the picture that I’m holding in my hand. The sides are worn with creases. It looks like I’ve had it for years and not only a week. The object of my obsession came into my life at the perfect time. So many things are falling into place when I need it most.

“Are you really going to do this?” I pull my attention away from the picture to look at George. He’s been at Rose Point Manor longer than I have, and it’s my family home.

“Do you have another plan?” I open my desk drawer, tucking the photo away for safekeeping.

“Hire a nanny?” That has been the plan all along, but plans change.

“She’s worked at a daycare for years, so she’ll be a perfect fit.”

“Then why didn't you just offer her a job?” Because I’m a greedy man that always gets what I want. She is no exception. I couldn’t take the chance of her refusing me, so I did what I had to. George huffs an annoyed breath. “I know you can be obsessive about things but never a person.” He’s right. I’ve never been that way with anyone else, but she’s changed that.

“She’s different.” One look at her picture and I was done for. I knew I had to have her. Her long dark hair was tied into a braid with a pink ribbon on the bottom making her look every bit as innocent.

Her cheeks were rosy, her lips were puffy and begging for my attention. Her nose was a bit upturned, reminding me of a tiny fairy. But what had really gripped me were her eyes. They had a violet hue to them, a color I’d never seen before. I didn't even know such a color existed. I also don’t know how this angel came from a man like John Hawthorne.

I should be thankful to him. It was his fuckup that has gotten me my beauty. That’s if she agrees. I think she will, and if she doesn’t, I’ll have to come up with another plan to make her mine.

“She’s going to hate you.” A sharp pain pierces my chest at the thought, but I ignore it, knowing I have to take the risk. There is no way I can go on knowing she exists in this world and she doesn’t belong to me.

“She’ll be my wife.” I shrug because that’s a fact. My dick goes painfully hard thinking about my ring on her finger. Does it matter if she likes me? Of course, I would prefer that but either way she’ll be mine.

“What are you going to do about Hawthorne?” Her deadbeat father won’t be a problem. He’s handed her over to me on a silver platter. He’d gotten away with embezzling over half a million dollars from my investment company, but no one truly gets away with stealing from me.

There’s always a price to pay. But this time I wasn’t looking for repayment in the monetary sense; I coveted something much more valuable. I would have caught him sooner, but I’d been wrapped up in my own grief with having lost a brother I never knew existed.

That was until the state showed up at my door with a five-year-old little boy that had a striking resemblance to me. I knew my father had mistresses in his time. But for some reason the thought of him fathering other children had never crossed my mind. I’m thankful that my mom has already passed and is not here to see it. News of this would have killed her.

“He stays on. I told him he could keep his job.”

George's face tightens. He’s going to give himself a stroke if he doesn’t lighten up a bit. “What if he does it again?”

I shrug. Half a million dollars is nothing to me. Plus, the man had been using it to pay for his mother’s assisted living costs. Well, not all of it but the majority. He also has a gambling problem. His daughter gives every extra penny she has to help out.

“I’ll be paying more attention this time and catch it quickly.” I’m taking over the payments for the grandmother's needs for now. Maybe it will earn me some favor with my new wife. There is no doubt she’s going to hate me, but hopefully Ace will soften her a bit. “I would hope this has scared him straight.” I also want to keep him close. If he’s working in one of my offices, I can always have eyes on him.

“Ace needs a mother.” Every little boy does. My father would have been hell when he was home if my mom hadn't been there to temper him. Sometimes it didn't work, and his anger was taken out on whoever was in his path. I run my hand down my face, feeling the jagged scar that stretches down the right side of it.