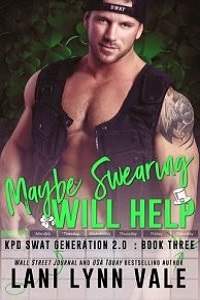 Dear Math, please grow up and solve your own problems.

I stiffened and turned to find none other than Ashe Trammel standing behind me, her arms crossed over her chest, pushing her cleavage up, staring at me with a look of amusement on her face.

“What?” I asked stiffly.

“You do realize, right, that this is a school and not a brothel?” she asked, her eyes on my girlfriend, Linnett.

Ashe, however, was unfazed by either of our glares.

I was a senior this year and should be living it up.

Yet, every fucking time I turned the corner, there was Soot, making my life a living hell.

“I need a ride to the clubhouse today,” she said. “My car broke down on the way to school. My dad said you wouldn’t mind giving me a ride home.”

I gritted my teeth.

“We can’t—” Linnett started to say, but I interrupted her.

“What’s wrong with your car?” I asked.

She shrugged. “I don’t know. I called my dad to come help me, but he was on a call. Mom was at work.”

I sighed. “Where did you leave it?”

She narrowed her eyes.

“What does it matter?” she asked.

I’d been dealing with Ashe for a long time, so her suspicion didn’t annoy me as much as it did Linnett.

“It matters because I might be able to go fix your car at lunch,” I answered. “If you tell me where it is.”

She mumbled something I didn’t quite catch.

She rolled her head around on her neck, then said, “It’s on the highway. On-ramp. Right where I would’ve gotten on to get to school.”

I stared at her blankly for a few moments, then narrowed my eyes.

“You died on the highway and had to walk to school from there?” I asked incredulously.

She shrugged. “It wasn’t a big deal. I was going to track practice anyway, and I just used that time to run instead.”

I pinched the bridge of my nose, causing Linnett’s arm to dislodge from mine.

“You ran on the highway, in the dark, and your father didn’t care?” I asked for clarification.

“What the fuck, Ashe?!” I growled, throwing my hands up. “Why the fuck would you go and do a thing like that?”

She narrowed her eyes.

“It’s not like I wanted to do that,” she countered. “It was that or go back home, and I knew I couldn’t go back home because we have that test today in calculus. The one that we stayed up for hours studying for.”

“Wait a minute,” Linnett said slowly. “You studied with her instead of coming over to my house and studying?”

Linnett was getting mad now, I could tell.

I ignored her and held out my hands.

“Give me the keys. If I can get it running, I’ll get Linnett to drive it back,” I said.

“I’m not going anywhere with you,” Linnett denied. “Not after you lied to me and told me that you were too busy to come study with me.”

Ashe turned her head and narrowed her eyes at Linnett.

“Maybe he wanted to actually get some studying done,” she said smartly. “Maybe he knew that if he went over to your house, you would just make him suck your face instead of studying. And he needs to pass this test, or he’s going to fail.”

Linnett narrowed her eyes at Ashe.

“You’re just jealous that Ford actually likes me,” Linnett sneered. “Instead of doing shit for you just because he’s told to or because he feels sorry for you.”

I knew exactly what Linnett was about to do before she even did it.

Instead, she opened her fucking mouth.

By this point, half the senior hallway was listening to us.

“He told me that y’all made a bet. What was it? Who could sneak out and not get caught?” Linnett said, sidestepping my arm. “That if you won, he had to teach you how to kiss. And if he won, you would cover for him anytime he wanted to sneak out of the house. So…how long have you been covering for him now? A few months? Have you learned to kiss yet? Or did you just Hoover vacuum someone’s face and hope that you did it right?”

The entire senior hallway broke out in laughter.

Ashe’s pained eyes turned to me.

“How could you?” she asked.

I opened my mouth to tell her I hadn’t meant for it to get out but closed it just as fast.

“I’ll teach you how to kiss, Soot Face.”

Ashe turned to survey the captain of the football team. Colin Wilson.

I narrowed my eyes at him and took a threatening step forward.

Linnett caught my arm and hauled me back.

I whispered to Linnett.