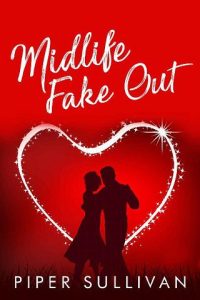 A buzzing sound started to my left, and I flipped over to get the hell away from it. I didn’t know what time it was, but the fact that I was still sleeping after the most epic awards show after-party meant it was too damn early for phone calls. But the buzzing didn’t stop, and worst of all, there was a cold spot on my bed where a really hot model should have been. My eyes snapped open and I pushed off the bed, scanning the room for any trace of Sasha, or Satya, or something equally as trendy.

Silence met me as the phone continued to ring. The bedroom floor no longer held a pair of tiny panties. Sheer tiny panties, if I recalled correctly, and I usually did recall, because I wasn’t the kind of guy to forget what type of lingerie I tore off with my teeth. Names and jobs? Sure. To call? Almost certainly. But never lingerie. Ever.

I hurried out of the bedroom and down the hall where my black slacks sprawled across the top three steps. I distinctly remembered a long green dress with sparkles on it being somewhere near the bottom of the staircase, but now it was gone too. So were the sky high heels that capped off the longest set of legs I had ever seen. I went left at the bottom of the staircase, and the coffee table still held a half-empty bottle of champagne, two glasses beside it, one stained with a red lipstick imprint. My jacket was on the back of the sofa, along with the bowtie I’d left to hang around my bare chest, because that’s what people expected of Derek Gregory, the heartbreaker of The Gregory Brothers trio. Ryan was the moody and sensitive songwriter, and Roman, as the youngest, was the goofball bad boy. We all had our roles, and I’d played mine perfectly for decades now.

I retraced my steps towards the kitchen, which was of course empty, because everyone knew models didn’t eat. But there was a note. I smiled and strolled over to the counter.

“Thanks for a good time, Derek. You more than lived up to the hype. Xoxo – Sascha.”

I smiled even wider because she was a perfect woman. Looking for a good time with no strings and no expectations, and gone before the awkward morning after, where I would have to explain that I wasn’t looking for anything serious, while a woman stared at me with tears swimming in her eyes.

In the big empty Nashville mansion, the only sound was my stupid phone still buzzing upstairs on my nightstand.

I took the stairs two at a time, wondering if Ryan or Roman had found themselves in the wrong type of trouble, which rarely happened, but rarely wasn’t never. I quickened my steps at the thought that it could be something wrong with our father, GG, or worse, our sister Lacey, who recently decided to become an investigative journalist covering stories in chaotic regions of the world.

A familiar sigh sounded down the line, and I pinched the bridge of my nose a moment before my agent, Brody’s angry voice sounded. “So you haven’t been abducted by aliens or models, and you’re not lying dead on the side of the road,” he grumbled. “I guess I should thank the lord for tiny favors. Very tiny.”

I rolled my eyes because I knew that tone. “What did I do now?” Usually I managed to balance the line between lovable bad boy and asshole perfectly, but sometimes I stepped over that line. Sometimes I jumped over it by a mile. “Well?”

“You mean other than offending our core audience with some attempt at comedy that just came off as sexism and misogyny? Is that not enough for you, Derek?”

“You’re going to have to give me more details, because all I did last night was accept a few awards, dance all night, and made Sascha moan my name until the wee hours of the morning. So tell me Brody, how have I offended our beloved fans?”

“Stop me when this starts to sound familiar yeah? She needs to be barefoot and pregnant soon, so you can get her back in the kitchen where she belongs.”

I froze at those very familiar words. “Yeah they’re familiar. I sent that exact text to my new brother-in-law. Yesterday. Was my phone hacked? Don’t worry I don’t keep nudes on there,” I assured him with a laugh.

“Derek,” he roared over the phone. “You idiot, you beautiful, talented fucking idiot. You didn’t send that to your brother in law, you sent it out to your ten million followers.”

“Ten? Try twenty-three million, not that I’ve been counting.” I tried to be active on social media, to keep the fans engaged with photos of me and my brothers, me just living my life.