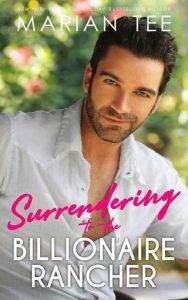 I’ve just gotten the most unbelievable offer from my boss. He tells me his client is looking for a wife and mother to his young son, and that I’ll have the kind of life I can only dream of if I marry his client. But since it’s too good to be true…

Most women would’ve said yes to such an offer in a heartbeat, but the woman Garion’s lawyer chose wanted time to think about it instead. The billionaire was intrigued to say the least, and when he finally met his curvy future wife, he went from curious to captivated in an instant. Garion knew right away Daisy Rae was the woman he had been looking for, but dare he hoped she was also the perfect mother for his son?

A wisp of a smile glossed over Wendy's lips when she heard the nurses in the living room squeal.

She had told Garion that hiring two private nurses per shift was overkill, but her husband - as always - would hear none of it. She had also told him that she would be more than happy with a regular room at the hospital, but - also as always - her husband had only nodded and kissed her forehead...before booking the presidential suite for her use. All of it just seemed like a waste of money, especially when one knew one could die at any moment.

The door to Wendy's room finally opened, and she could literally hear her private nurses sighing behind her husband's broad back.

Nothing new about that, Wendy thought ruefully. Her husband was irresistibly attractive to women of every age, and how ridiculously unfair was it that he only seemed to grow even more handsome as he aged? Garion in his teens had already been heart-stoppingly handsome, but Garion in his early thirties was pure masculine magnificence.

The man could've married anyone in the world, and even though she herself had told him so, Garion had for some reason wanted her and her alone. Wendy might not be one for insecurities, but between the two of them, she knew Garion would always be the beauty hands down, and while she was no beast, she also knew she was not and could never be as beautiful as him.

Garion's gaze met hers as he paused to lean against the doorway. "What's with the frown?"

"Just hating on your good looks, as always."

"I'm also wondering if I should have my name tattooed on your forehead, just to let everyone know you're taken."

His lips twitched. "You only have to say the word, love."

She threw a waspish look at her husband. "Don't tempt me."

Garion chuckled as he crossed the room, his movement as elegant as his appearance. In his dark hand-sewn suit, her husband looked every inch the billionaire tycoon that he was, and while most people would find the sight either formidably intimidating or dazzling and swoonworthy (it depended on which team the individual was batting for, really)—-

This look on Garion only made Wendy grin.

Her husband might seem like he was born to model Italian designer suits, but the truth was, nothing made Garion feel more at ease than when he was knee-deep in mud while working alongside his ranch hands.

Garion's business acumen was not the sole reason behind Ross Cattle Incorporated's exponential growth in the past few years. Ranching was in her husband's blood, and he was the fourth generation in his family to manage the reins of Ross Ranch. There was nothing in this world that Garion enjoyed more than tilling his land, and speaking of which...

"You should've stayed at home," Wendy chided her husband as she pushed herself up. "It's hurricane season, and—-" Her words devolved into a bout of heavy coughing, with her ravaged lungs no longer able to cope with long conversations.

Garion was by her side in a heartbeat. "You should lie back down and rest—-"

But Wendy was stubborn, and Garion could only bite back an expletive as his wife's exertions left her pale-faced and weakly leaning back against a mountain of pillows.

Wendy watched her husband unfold his length on the chair next to her bed in a lithe, graceful motion. "Everything you do is perfect."

The wheezy tone of her voice made Garion feel like punching a hole in the wall behind her bed, but since he knew showing his frustration would only upset his wife, he forced himself to act like this was just another day in their married life.

"I am competitive," Wendy grumbled, "but it was never that. I hate that you're perfect...because it makes me hate myself for not being able to love you as you deserve."

"We need to start talking about the future—-"