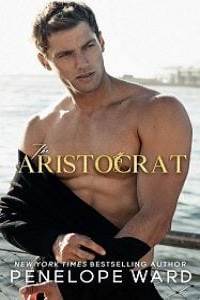 Track 1: “Somebody’s Watching Me” by Rockwell

“What are you looking at?”

I jumped at the sound of Mrs. Angelini’s voice and put my binoculars down momentarily. “Did you know we have new neighbors across the bay?” I asked.

“Well, I saw some flashing lights coming from the house the other night. Figured someone finally moved in.”

“Yeah. They were having a party, I think.”

We lived on the bay in Narragansett, Rhode Island. Aside from the house next door, the only other residence in the vicinity was a sprawling estate across the small body of water that separated our land from theirs. You’d have to take a boat to get to it—either that or be a really good swimmer. The house had been vacant for several months, but now someone had either bought it or was renting it.

“Do you know anything about them?” she asked.

“Because you’ve obviously been spying.”

I cleared my throat. “I was…birdwatching and happened to notice them. It’s two guys. I think they might be gay.”

“And how would you know that?”

“Well, they’re both extremely good-looking. Many of the ones who look that good tend to be gay. It’s not fair.”

The wind blew Mrs. Angelini’s long sweater as she grabbed the binoculars from me and lifted them to her eyes.

She laughed after a moment. “Wow. Well, I can certainly see why you’ve taken a sudden liking to…birdwatching.”

Mrs. Angelini returned my binoculars and winked before she walked back into the house, leaving me alone to resume watching the new inhabitants. But this time when I looked, I saw something I was most definitely not meant to see. One of the men must have gone inside the house, because the other was now alone. He’d moved from his previous spot and was now buck naked under an outdoor shower. My mouth dropped. I should’ve looked away, but my eyes lingered on his bronze body. The water fell over him like a waterfall down a mountain of carved stone.

I felt awful for staring, but honestly…who showers in front of the neighbors? Although, in his defense, he probably thought he was alone. The only house facing the back of theirs was mine. He likely never imagined someone as far away as me would be watching him.

My guilt finally caught up with me. I put the binoculars down and took a long sip of my lemon water. Maybe I needed to pour it over my head instead. Trying to concentrate on anything other than the peep show across the bay, I picked up my phone and began to search for summer jobs. I didn’t want anything too stressful, just something to earn a little cash for my move to Pennsylvania in the fall. Considering the most excitement I’d had lately was spying on a couple of handsome men, I needed something to occupy my time.

I’d graduated from college a couple of years ago but had stayed in Boston for work. I’d just turned twenty-four and had moved back home to Rhode Island for the summer before I was headed to law school. Home was an estate owned by Eloise Angelini, a widow whose husband had owned a string of seafood restaurants. I’d been living with Mrs. Angelini since my sophomore year in high school. After her husband died, she’d decided to become a foster parent, taking me in after my previous foster mother had moved away. Because of Mrs. Angelini, I was able to finish high school with my friends and didn’t have to leave Narragansett. For that, I would always be grateful. And as if taking me in wasn’t enough, she’d decided she wanted to help put me through college—although she never had to, since I got a full scholarship to Harvard.

Even so, Mrs. Angelini made sure I had a place to call home. She always made me feel like she needed me more than I needed her, though I knew that couldn’t be the case. She’d found me during one of the loneliest times in her life, but I’d already been accustomed to a lonely life. I’d never known anything but being on my own, and I’d learned not to get my heart set on anything, not to get attached to anyone. I’d been in and out of many foster homes by the time I landed on Mrs. Angelini’s doorstep at fifteen. I appreciated that she didn’t try to mother me. She was a true friend and confidante. And we made each other laugh—a lot. Mrs. Angelini gave me a sense of security, and I provided her with a distraction from the loss of her husband. We were just what the other needed. Still, my life had conditioned me not to get too comfortable with anyone—even Mrs. Angelini, who’d done nothing but embrace me with open arms.

I wondered if it was safe to look back across the bay now. Lifting my binoculars to my eyes, I flinched when I found the sexy man now wiping his still-naked body down with a towel. His huge cock bobbed up and down, and after losing my train of thought for a bit, I moved my peepers off of him and over to the left.