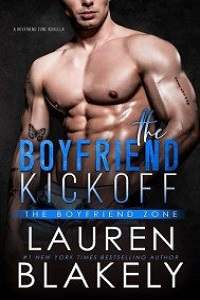 The Players and The Pets

I knew this day was coming.

Saturday, August 15th, ten a.m., has been on the calendar since training camp began.

But as I stand on the sidelines of the San Francisco Hawks facility with my receivers, staring at the field, slack-jawed, I am thoroughly unprepared for the onslaught of cute.

“Those furballs are so damn adorable.” I smack Nate’s rock-hard shoulder. “Just look at them,” I say, pointing at the kittens on the fifty-yard line.

“Like I can look anywhere else,” Nate says, as if he’s been injected with sunshine.

Volunteers from the Furry Friends local animal rescue have escorted a dozen or so adoptable critters to the final practice before our first preseason game tomorrow against the Los Angeles Mercenaries. Until this second, I had no idea I wanted a kitten in my life. I’m a pro baller who’s on the road a ton, with no need for that kind of responsibility in my very single life.

The black-and-white cat with tiny white gloves. “Dude, that tuxedo is all mine,” I shout, laying claim to my favorite.

Nate points at another crate. “Dibs on the orange one!”

The tight end, Orlando, joins us and calls out, “I want the Siamese, then.” Orlando peers around me, then Nate, like he needs to protect his turf from some of the most competitive guys on the team. It’s just receivers and quarterbacks here while the defensive backs are running drills on the far end of the field.

Nate and I trot over to the crate with the black-and-white one. The little critter meows, sauntering to the door to say hi. Bending to one knee, I offer a finger through the crate wires. “Hey there, sweet little thing,” I say, and he nibbles on my finger.

I look up at the sound of sneakers on spongy grass. A friendly blonde makes her way toward us. Reese Kingsley is the publicist for the team and its charitable efforts, including the Furry Friends Weekend. All proceeds from that game will go to the animal rescue, and soon our team photographer will snap pics of the players with the pets to get fans excited and try to rehome some animals.

“You two ready for the first pics?” she asks as she arrives next to me.

“And then he wants two kittens for the road, please,” Nate puts in, smart-ass that he is. His eyes twinkle with humor.

Reese shakes her head in amusement. “Every time. Every single time we do one of these events, the guys all melt.”

That perks my interest. “You’re saying the other athletes go home with armfuls of kittens?”

With a smirk, Reese nods. “They do. But listen, don’t feel obligated to adopt. We always clear the shelters with the promo. Just the pics will be more than enough,” she says.

Nearby, a woman with a camera around her neck, her black hair piled on her head, waves to Reese.

Reese waves back to the photographer and turns to me. “Looks like we’re ready. We appreciate you doing this with the opposing team.”

Shielding my eyes from the bright morning sun, I scan the field, looking for the Mercenaries—some jog out from their tunnel, also in practice gear.

A guy in a Furry Friends T-shirt walks over from a nearby crate and reaches into the one housing my favorite tux-wearing feline.

Reese sets a hand on my arm. “Jason, we’ll get you first, along with some shots of you and the Mercenaries QB. We want a picture of you holding Bandit. He’s six months old and is part gymnast already. The shelter handler will be off-camera in case the little dude treats you like you’re a vault.”

“I’ve got pretty steady hands,” I say with a grin. If I can carry a ball downfield, I can handle a high-flying kitten.

The T-shirt guy hands me Bandit, who greets me with an upbeat meow.

Aww, hell. My heart squishes, all helpless. Forget gusto. I turn to mush as I scratch the little guy under the chin. “Aww, look at you with your cute little gloves,” I coo.

The team photographer is already on it. Guess she knows a good moment when she sees it. The little fella asks for more, lifting his furry head higher. Then, dear God, the kitty purrs.

A voice rumbles from near my right shoulder. “It is.”

I don’t recognize the gravelly tone, so I turn to the guy who just materialized by my side.

I catalog him. Brown eyes that are broody and intense. A jaw lined with stubble. Dark hair that’s thick and a little wild. Borderline unkempt. His jersey sports a number nine.

Since it’s my job to know the other quarterbacks, their skills, and their weaknesses, I’ve read up on him and watched some game film, but there’s not much to see or know. He has a few less years than my twenty-six. This is his first season starting after he warmed the bench last season as a backup. Cafferty didn’t go to a big football school, and the Mercenaries didn’t draft him till round six.