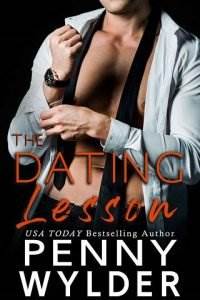 The text messages between me and Leo didn’t start out racy at first. They were like any other texts when you’re trying to get to know someone: what are your hobbies, what kind of music do you like, what’s your favorite food? The conversations didn’t stay innocent for long.

The chemistry between us is undeniable. We have so much in common, and it was easy to send dozens of texts a day with stupid jokes or observations that we just knew the other would appreciate. And then I saw his pictures …. good lord. Thick, wavy, chestnut-colored hair, the kind of rich color women pay a fortune for in salons. Straight white teeth and a Colgate smile, and a body that made me do a doubletake, checking for signs that it was photoshopped. He’s got to spend hours a day in the gym to maintain a physique like that. Deep-set, smoldering green eyes lined with dark lashes. But his best feature, by far, is his perfect cock. After a playful back and forth of teasing, he sent me a picture. My jaw dropped to the floor when I clicked it open. He’s holding his hard cock in in his hand. It’s huge. His fingers can’t entirely encircle it. I stared at the picture hoping against hope that it would come to life. That I’d see him stroke himself, see his hands move over that perfectly long and hard cock, with its veins so clearly outlined and the crown swollen and darkened. I’d never seen a cock that magnificent before. A dream cock for any girl. The man is a mythical being, an Adonis, Hercules, King Triton—though not that old. He is older than me, though. He’s thirty-six and I’m twenty-one. But when we chat with each other, the age difference doesn’t really matter. I don’t think of him as an older man. I don’t think about his age at all. We’re just us, and we talk like we’ve known each other all our lives even though it’s only been a few weeks since we first spoke.

We met on a dating site. I was just looking for a fun distraction. At most, I was looking for a regular fuck buddy. Someone to take the edge off. Stop me from having to hit the bar scene or wherever it is people find hook-ups. Nothing serious. I’m about to start my first year of law school, and I know I’m going to be working my ass off every spare minute I have outside of classes. And Leo is the perfect, uncomplicated distraction I need to totally disconnect from the stress in my life and just let loose, leave it all behind for a while. I think I’m the same for him, although we don’t really share that many personal details with each other. We definitely feel comfortable with each other sexually, there’s no denying the intensity of that connection, but we just haven’t wanted to bring the real world into our conversations. I have no idea where he lives, where he works; all I know is that he’s single. I needed to be sure of that single fact.

I’m lying in bed in my dorm room, staring up at the ceiling while listening to a podcast on missing persons’ cases solved after decades using DNA sampling. I haven’t quite decided what I’ll do once I finish law school, whether I’ll join a non-profit legal clinic or become a public defender, but I do know I want to be the voice for the innocent and the wrongly accused. I’ve listened to so many stories about people who were convicted and sent to prison for decades, only to be freed later when DNA evidence cleared them. So many years of their lives lost because of shady or lazy investigations. Listening to these podcasts and seeing how many people were wrongly incarcerated before DNA evidence proved they were innocent, it motivates me through law school and toward a career in criminal defense. This is exactly what happened to my dad and brother. Last year they were accused of robbing a small check cashing business. The employee working at the time said a younger man in his twenties and an older man in his late forties held him up at gunpoint. He picked my brother out of a line up even though he stated both men had been wearing masks. Granted, my brother is no angel. He’s had brief scuffles with the law in the past. Before he turned eighteen, he had been caught shop lifting a few times and being out past curfew. If anything, he was a nuisance. That’s a far cry from an armed robber.

My dad was his alibi. My dad had never gotten so much as a speeding ticket in his life. He was always a hard worker and a good husband and father. On the night of the robbery, he and my brother had been on their annual hunting trip. It’s something the whole family used to do together, but my mom and I stayed home this time because I had tests coming up and my mom had the flu. The only evidence they had against my dad was that he fit the age of one of the suspects and he was with my brother. There were no other witnesses to back up their alibi, no other evidence aside from the lineup.