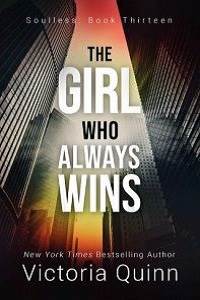 With my chin propped on my knuckles, I sat in the chair in front of the computer, my eyes closed because I was drifting off, the sounds of nurses passing partially registering in my brain. Monitors beeped. But most of the lights were off because it was late in the night and the patients were sleeping.

“What are you doing here?”

I immediately sat upright and rubbed the sleep from my eyes. “Waiting on results.”

“At one in the morning?”

“Guess I was anxious…”

“Well, they called me, and I have them.” He set the paper on the desk in front of me.

I blinked a couple times before I could actually read. “They called you with this? Why don’t they ever call me?”

He wore a slight grin as he sat down. “Because I’m Dr. Hamilton.”

I read through the report. “Substantial alveoli repair…reduction in inflammation…holy shit.”

Dr. Hamilton leaned back in the chair, his fingers interlocked behind his head, wearing a big grin. “Looks like it works.”

“We’ve got good news, Mr. Franken.” Dr. Hamilton flipped on the lights as he walked into the room.

I readied my stethoscope and moved to the opposite side of the bed.

“I’ve got good news for you.” He patted his arm then hit the button on the bed, getting him to sit upright.

I pressed the stethoscope to his chest. “Take a deep breath for me.”

He looked at me and did as I asked. “Dr. Beaumont, what’s going on?”

Dr. Hamilton indicated to me, giving me the honors.

I smiled because this was a pretty good feeling. “Your results came back. Healthy tissue is regrowing…and the tumor is receding.”

Overwhelmed by what I’d said, all he could do was stare. “I…I…don’t understand.”

“It worked, Mr. Franken.” I smiled and pulled the stethoscope out of my ears. “Your lungs sound much improved to when I first listened. You’ve gotten so much better, and I think you’re going to keep getting better.”

I shook my head. “Not from lung cancer—because you’re about to beat it.”

By the time we left the hospital, it was almost four in the morning. This was Manhattan, the city that never slept, so we went to a bar that was empty and ordered a couple drinks.

I ordered my usual cognac.

With one hand on his glass and a smile on his lips, he was the same relaxed man I’d seen at the cabin by the lake, a man in his element. “I know we’ve got a long road ahead of us, but this is a win—to me.”

“Fuck yeah, it’s a win.” I clinked my glass against his, failing to censor myself because I was too ecstatic to be professional. “Mr. Franken was on oxygen when he first came in. Look at him now. He doesn’t need it.”

“I wonder how it will affect the other patients.”

“It’s gotta help at least some of them. And if not—”

“We’ll figure out exactly what happened with Mr. Franken. Figure out why his body responded and others didn’t.”

“Exactly.” A few hours ago, I was falling asleep in my chair, but now I had so much adrenaline that rest was the last thing on my mind. We’d spent years on this project, going into the lab every morning, tweaking our experiment, working with the different mice, trying to understand how we could make this work.

“And other cancers—if we can understand it well enough.”

“This high is so high, it’s worth all the lows.”

He nodded. “Without the highs, I wouldn’t be able to do this. There were nights when I thought about quitting, but I talked myself into staying because I was leaving too much progress on the table.”

He gave a shrug before he took a drink. “We have to be at work in a couple hours.”

He gave a slight grin. “I never take a day off.”

“Well, I think tonight warrants at least a morning off.”

“True. I could convince my wife to call in sick…and make her breakfast.” He waggled his eyebrows slightly.

I gave a chuckle. “That sounds nice.”

He swirled his glass before he took another drink. “You and Daisy seem very happy together.”

It was the first time he’d directly commented on the relationship. Prior to this, it was as if he didn’t even know we were in a relationship. There was a distinct line between church and state, between colleagues and the father of my girlfriend. Put on the spot, I didn’t know what to say because we were happy together, but…it was complicated. “We are.”

He continued to stare at me.

Daisy wouldn’t talk about our relationship to him, at least not something that personal, so I knew he didn’t know about our woes. And if he did, he wouldn’t want me for his daughter. He’d stuck out his neck and recommended me, but he probably wouldn’t have if he’d known how I felt about kids.