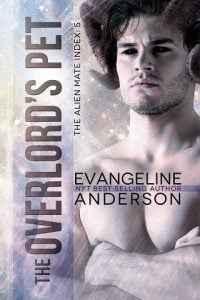 HOW I BECAME AN ALIEN OVERLORD’S PET

What did you dream of being when you were little? I mean, what did you want to be when you grew up?

I know lots of little girls want to be a ballerina or a princess or something cute like that. Lots of them aspire to higher ideals—an astronaut or a scientist or even the first female President (I swear someday we’re going to have one!) But no little girl that I know wants to grow up to be somebody’s pet. I know I certainly didn’t. But that’s exactly what happened when I was abducted and zapped up to space by a group of wormy blue guys called the Commercians who run a service called The Alien Mate Index.

My name is Eliza Angelica Thompson, (though my friends just call me Elli,) and I was kidnapped and forced to become an Alien Overlord’s pet.

Not just any Alien Overlord, mind you—he’s a Lord of the Realm on Korrigon Four, which is supposedly the most civilized and advanced planet in the universe—at least according to the Korrigans. He’s also ten feet tall with piercing full-black eyes, muscular, and extremely imposing. He’s a very stern Master—which I found out the hard way.

So why would such an important guy pick me to be his pet? Well, you got me. I’m just an ordinary Earth woman struggling to get by in today’s gig economy. I definitely don’t stand out in a crowd.

I’m short and curvy—more curvy than I should be, honestly, but whatever—with long dark brown hair that lights up red in the sunlight. I have what my mom calls a “Kewpie doll” face with brown eyes, a cute little nose and lips that are a tad too big. My best feature is probably my eyes—they’re really big with long lashes. And my worst feature is my chubby cheeks—though I do have dimples when I smile. But I’m not a model or anything. And as I said, I’m way too curvy to be interesting to most guys—let alone rich, important ones. You wouldn’t see someone who looked like me starring as the heroine in a billionaire romance.

Anyway, what I’m trying to say is that I’m nothing special—not a girl you’d pick to be your perfect companion if you had access to every single female on Earth and you got to choose one. Yet, here I am, an Alien Overlord’s pet…

But maybe I’m getting ahead of myself. Maybe I should give you a little background and let you know what was happening when I was taken. And you might want to listen up because the Commercians and their AMI are still up there, orbiting Earth and catering to rich Aliens who like Earth girls.

“Eliza, darling, do be a dear and pick up Princess Prissy from the groomers on your way over here, won’t you?”

The voice of my Great Aunt Maizy set my teeth on edge, as usual. Aunt Maizy was an eccentric old woman who lived by herself in a mini mansion on the edge of the most expensive golf course in town, right by the Fairlanes Country Club. She had lived there for as long as I could remember because apparently my Great Uncle Harold used to like to play golf. However, he had died of a stroke many years ago, leaving my Aunt to devote all her time and money to her pets—the most spoiled of which was the aforementioned “Princess Prissy.”

Princess Prissy was a purebred Pomeranian who was cute as a button and mean as a snake. She was horrible to everyone but my Great Aunt and the tiny, vicious dog just barely tolerated her. I hated dealing with the little yapper—she’d bitten me more times than I could count. Unfortunately, catering to the spoiled pooch was part of my job.

Now, lest you think I was nothing but a companion for my Great Aunt like Jo was for Aunt March in Little Women, I also had a real job—well, sort of.

See, I have a Masters degree in Library Science but lately the powers that be had decided to cut our funding—a lot. That meant the library I worked at opened later and closed earlier and there were less hours to go around for all the librarians working there. Which sucked—hard. Because I was barely making ends meet before the cutbacks.

Then my landlord informed me that my rent was going up five hundred dollars a month and I was nearly tearing my hair out with worry. What was I going to do? I did not want to move back in with my Mom or sleep on my sister’s couch. My fiancé was out of the question—Don liked his “personal space”—which was probably one reason he still hadn’t set a date with me, even though we’d been engaged for five years already. Besides, his apartment is a pigsty.