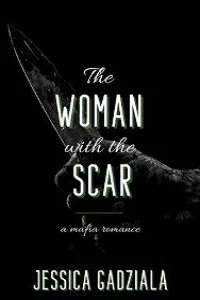 “You sure you want to put that rabid dog on this job? Emilio asked the boss man as I made my way silently down the center hall toward where they were in the kitchen of the brownstone.

It was no secret that I had a certain reputation. And that I wasn’t always the guy that got sent on jobs unless they included a fuckton of bloodshed and pain.

I was okay with that.

I wasn’t offended that Emilio knew that about me.

“Who else am I going to send? You?” Lorenzo, our capo dei capi, asked.

There was silence at that, making me wonder what kind of job there was that Emilio didn’t want to do. I wasn’t sure I’d ever seen him turn down a job before. He was Lorenzo’s right-hand-man and had been since we were all kids.

True, Emilio didn’t always like to do the gory shit. But he wouldn’t question Lorenzo calling me in if this was that sort of job.

I was the resident gory shit handler.

“Hey boss man,” I said, moving into the opening to the kitchen, finding Lorenzo sitting at the table in his dark gray suit, as usual.

Emilio was a few feet away, leaning against the counter in his suit pants and button-down, and a rooster belt buckle with the word “Cocky” under it.

“Do I want to know where those bruises on your knuckles came from?” Emilio asked, shaking his head at me.

“Prolly not,” I said, shrugging, having forgotten all about them.

“Then I won’t ask,” he said, looking over at Lorenzo. “Lorenzo has a job to discuss with you.”

“Figured as much. What’s going on, boss man?” I asked, going toward the stove where Lorenzo’s woman, Gigi, had left out homemade chocolate chip cookies.

“We need some intel on someone we think might be fucking us over,” Lorenzo told me.

And it was no wonder Emilio was confused about him calling me in on it.

I wasn’t someone who did surveillance work.

I was the guy you called in when you wanted the walls painted a nice, bright new shade of Arterial Spray Red.

“Surveil who?” I asked, making my way back to the table, pulling out a chair, and dropping on it backward, resting my arms on the top of it.

“Eren Polat,” Lorenzo said, and I instantly understood Emilio’s disinterest in the job.

Eren Polat was the head of a Turkish crime family that Lorenzo’s old man had made a deal with fucking ages ago.

But that relation was passed onto Lorenzo with his father’s death.

Whether he liked it or not.

That was one of the many reasons I was glad I was not in charge of the whole family. Shit was too tangled, too confusing. And you had to be diplomatic about shit you didn’t like.

Give me a baseball bat and some bones that need breaking any day over that shit.

“What’s he doing wrong now?” I asked, knowing that Eren had been nothing but a headache since Lorenzo took over. “He not kicking up the right tribute?” I asked.

Because that shit was right up my alley.

That was why I was the one Lorenzo sent out to collect from all the local businesses who owed us.

I specialized in… motivating people to pay their tribute to the Family.

“We have no proof of that,” Lorenzo said, holding up a hand in a ‘down, boy’ gesture that made my lips twitch.

“But we do think that shit isn’t adding up,” Emilio added. “They’ve opened three chains of their restaurant in the past ten months. The way they are paying us doesn’t add up with how much money that must be costing them.”

“So you want me to, what? Just follow and watch to see money changing hands?”

That could take weeks or months to give them enough evidence to make a move against the bastard.

“That’s part of it, yeah,” Lorenzo agreed, nodding. “But we also want more intel about their business. Seems like it isn’t just the dozen or so men he claimed he has working for him. We need proof of that shit if we are going to move against him. And we just need to know their true numbers so we know what we might be getting into,” he added.

“That’s it? No questions?” Emilio asked.

“No,” Lorenzo agreed. “I would send Christopher or Anthony,” he said, naming two lower men in the organization, “but I have them on other jobs at the moment. And Emilio…” he said, waving a hand toward the man in question.

“Doesn’t want to do it,” Emilio admitted.

But that changed when Lorenzo became the boss.