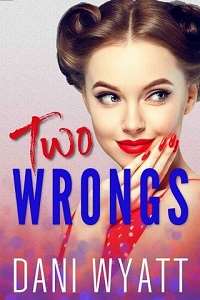 Two things in this world excite me.

The heat of her restaurant kitchen swirls around me as I lean against the wall and watch her orchestrate the sous chefs and other staff while still checking every plate in the pass.

Her ink-black hair bounces in a messy bun as she spins and points, cursing and shaking her head. She’s a petite bundle of chaotic energy that found her calling and I’m happy for her. Happy for me too, because free amazing food.

I’ve found my calling as well, I guess as far as my career goes.

I’m one of the highest-paid divorce attorneys in the country. I’m a single-minded predator who takes no prisoners.

The job itself sucks. But the winning? Does not.

Righting the wrongs of the past drives me forward. I don’t care who gets destroyed in the process.

Ninety-nine percent of my clients are women. And, I admit, I like fucking over the men who made their lives hell. A little cosmic payback to my father that made it some sort of sport to screw over my mother in their own divorce.

That’s not to say some of my female clients aren’t equal contributing factors in the demise of their marriages. I’ve just spun my business model in their direction, so they tend to be the ones that seek me out.

I’m a pain in the ass to work with. My insane drive to come out on top for my clients has made me a shitty colleague. But, as managing partner of the firm, I’m supposed to be setting an example.

The HR department hates my guts. And now, after the fifth anonymous complaint called into our bullshit “Speak Up” program, some cream-centered staff member is fucking with my time.

I’m stuck wasting half of my day tomorrow sitting in on an Intensive Anger Management Training session in order to appease the HR gods at their altar of three-ring binders. I only agreed to avoid a potential lawsuit, and trouble with the bar association should things get worse.

But it’s gonna be such bullshit.

Tomorrow, my anger will be managed. Or elevated to a new level.

I’m betting on the latter.

My particularly shitty mood for this evening is thanks in part to the waste of time on my schedule for tomorrow but also to a fucking blind date I’m dreading. I glance at the clock on the wall of the restaurant counting down the last minutes until I have to face whatever horror this evening holds. The last thing I want to do right now is go on a blind date. But here I am. At least I know the food will be good.

I take another sip out of the small, white porcelain cup and wonder how many grandsons have given up a perfectly good evening alone to go on a blind date, just because their grandmother is a master at guilt filled loving manipulation?

If she thinks there’s any chance I’ll find a wife in this deal tonight, she’s gonna be all kinds of disappointed. I don’t have the time or inclination. I love my grandma, but there’s a fucking limit. She thinks at thirty-six years old, I should have this marriage and family deal worked out but it’s never been my focus and I doubt it ever will. My mother backs her up because she’s got grandbaby fever which doesn’t help.

“Tor!” A male voice rises above the noise in the kitchen and I swing my gaze that way.

It’s my younger brother by two years, Cyrus, practically my twin except he got my dad’s dark, soulless eyes while I lucked out with my mother’s baby blues. He wins the height contest with just an inch at 6’6” but I’ve got him on weight by about twenty pounds. And I’m marginally, fractionally prettier which isn’t saying much because we’re both sporting ill-healed broken noses from our teen years and Cro-Magnon foreheads from our DNA. Very anti-GQ slickness.

I shoot him a glare as I take a quick sip then set down my Turkish coffee letting the warm, comforting liquid slide down my throat. He throws up his hands, barreling my way through the kitchen with an exasperated smirk.

“Do me a favor.” I start pointing toward the flaming stovetop where three workers are shifting pans and stirring pots. “Go start a grease fire. Then I can get out of this motherfucking date.”

He chuckles, but there’s an evil twinkle in his eyes. He has loved to bust my balls since the first day he could talk. “Gram would never forgive you. Besides, better you than me, bro. You’re the oldest so you’re up first.”

I reach into my jacket pocket on a grunt and pull out my phone.

I tap my notes app and refresh my memory on the bullet points from my grandmother about my date.