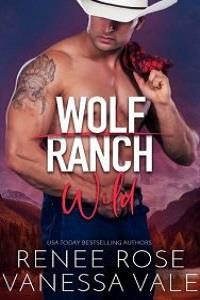 My cell was ringing. The sky had opened up and was dumping buckets. I’d never seen it rain so hard. The wipers on my little rental barely worked, even on the highest setting. I was practically crawling down the back road, and it was going to take me hours to get to Audrey’s.

“Shit,” I said aloud, fumbling to grab the phone from my purse on the passenger seat. “Hello.”

A car-rattling boom followed directly, which made me jump in my seat.

A huge river of water was cutting across the road.

“Hello?” the voice in the phone said.

I took a deep breath and stared out the window as best I could to the water that was blocking my way. It was too deep to cross.

“Yes, hi. Sorry, I’m caught in a little bad weather.” I added the last because the woman probably thought I was crazy.

“I wanted to inform you that the payment for fall semester has not come in,” she said from somewhere dry and sunshiney at the university. “It was due last Monday.”

I blinked, processed her words. Maybe I hadn’t heard her right, for the rain was pounding on the car. “My father sends in a check for each semester.”

That was pretty much all he did for me.

“It’s not here. If we don’t receive it promptly, we will assume you are not attending for the upcoming school year.”

“I’m attending,” I said quickly. Another streak of lightning followed by a clap of thunder. “I am. Thank you for calling, and I’ll follow through.”

“You, too.” A good day? It was like the heavens had opened up in the middle of Montana.

I looked down at my phone in my hand. Sighed. “Dad, what’s the deal?” I murmured as I quickly sent him a text about the missing money. I wasn’t expecting a reply because he rarely did, so I tossed the cell onto the empty seat.

I glanced at the road again. I didn’t think there was supposed to be a raging river out there. Or a bridge was missing. Either way, I wasn’t going any further. This shouldn’t be happening. I had to get to Wolf Ranch tonight.

There was nothing I could do about the tuition. Or the impassable road.

So I’d just go with it. Enjoy the here and now. The summer class was over, the exam done. I was on vacation. I pushed open the door and climbed out. Instantly, I was drenched. Maybe it was a stupid move getting soaked through, but I had to get out and see this crazy Montana storm in person.

Up close and personal.

Until an hour ago, the weather had been perfect. Sunny skies with big puffy clouds, mid-eighties. The storm had blown in quick, the Big Sky country living up to its name as I’d watched it roll in from the west, and I’d driven right into it.

The rain was chilly as it pounded my face, stuck my hair to my cheeks and neck, absorbed into my sneakers. I took a deep breath and tilted my face up to the sky. Only the sound of the rain and wind could be heard. No big city noises like car horns or sirens. No construction or dogs barking. Nothing but me and nature for miles and miles. I smiled.

I didn’t realize how much I liked being out of the city until I was a time zone away. I could enjoy my break in Montana, starting with Audrey’s wedding. I couldn’t wait to meet the hot rodeo champ who’d lassoed her heart, the guy whose pics online were hot, hot, hot. I’d told Audrey once that I was vicariously living through her. I hadn’t been lying.

My love life was non-existent. Sure, the guys in my department had asked me out, but none of them had done it for me. I had no idea what I was holding out for… some of them were handsome and nice. Smart. Funny. But they were boys.

I wanted a man. A real man. A manly man. A guy to take hold of my hair and drag me back to his cave. Oh, and maybe not for him to flake like the last one. Sticking would be good, too. Maybe I’d settle for not cheating.

God, the bar was getting lower and lower.

Still, I knew exactly what had been missing. What I was craving. Heat. Chemistry. Off the charts sizzle.