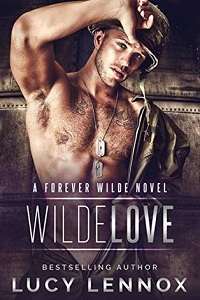 It’s true what they say about war. It’s like tunnel vision. Time gets strange and the world compacts into small, intense moments of immediate need. There is no wife back home, no newborn baby, no aging father needing help keeping his northern Texas ranch afloat.

There is only the present. The time, sometimes only a matter of seconds, between saving a man’s life and letting him go. Between having your act together and losing it completely in a jungle full of fear and bravado, pain and righteous indignation.

And such a moment it was when I met the man who would turn one of those compact tiny capsules of time into a full lifetime stretched long and rich over decades, who would become the very half of my heart I hadn’t known I’d been living without. The man who would take a broken army medic made up of mostly selfish immaturity and familial obligation and turn him into something worthy, something decent and redeemed.

At age eighteen I found myself the star of a shotgun wedding to my high school sweetheart. It stomped on all my dreams of getting off my parents’ ranch and away from my small town in Texas. Or so I’d thought at the time. And if it was even possible, Betsy was more bitter about it than I was. She’d wanted to move to the city and live a big life, and becoming a mother right out of high school put the brakes on that plan right away. We’d gone to a school dance together and fumbled our way into each other’s bodies in the back seat of my mom’s Pontiac Bonneville. The result was our son Billy, William Hobart Wilde. William for my dad and Hobart for Betsy’s. Her family was the Hobart behind Hobie, Texas, after all.

Needless to say, our families were both horrified and overjoyed at the earlier-than-expected merging of the two historic clans, while Betsy and I were only horrified. By the time Betsy’d figured out what was causing her to lose her lunch, I’d already committed to the ROTC university program at my father’s insistence that “all good men serve.”

So Betsy and I moved to College Station, Texas, where I joked I worked three jobs: student, file clerk at the student infirmary, and father. Betsy used to joke right back that I was forgetting the fourth: husband, but I admitted that one got short shrift in those days since all I had energy left for at the end of the day was a kiss and snuggle with my little boy.

At the start of my senior year in college, the twins were born. Gina and Brenda were angel newborns, thank heavens, but I still prayed I’d be around enough to help Betsy with the extra work after my stint in the army started.

But in 1968, no one was that lucky. I entered the US Army as a second lieutenant and was designated a medic because of my laughable background working at the university infirmary. It didn’t matter that I’d been a file clerk, I was one of the rare specimens who’d completed an actual CPR training course.

Vietnam was the kind of nightmare you can’t prepare for. It was battlefield amputations and choosing who got the last vial of morphine. It was battle-hardened men turning back into babies who needed—deserved—their mother when they called out for her. And they did call out for her.

My sleep was full of these man-boys calling for their mothers. Rarely did they call out for their young wives. And only once did a soldier call out for another man.

He called out for me.

The first time I saw Doc Wilde, he was smirking around the butt end of an unlit cigarette. I’d been in the midst of chewing out the PFC who’d fucked up a simple technical adjustment to the Huey’s Stokes litter for the third time. In the middle of the harangue, I froze midstep and stared at the new arrival.

“Major?” the PFC had the balls to ask.

It was then I realized my indiscretion. I’d been gawping at the kid like a fool. I turned to the grunt in front of me and glared.

“Dammit, PFC, get it right this time! That hoist’s the difference between lifting a man to safety and dropping him hundreds of feet to certain death.”

As he scurried off, I couldn’t help but sneak another look at the golden boy standing across the muddy tarmac from me. His slender hip leaned against the fuselage of a nearby Huey, and his dirty-blond hair looked pristine, like it hadn’t been mashed for days on end under a sweaty helmet. I’d seen a man in a cigar ad recently almost as handsome as this fellow. Someone had brought the magazine from home and passed it around. All the other men had paid close attention to the pages and pages of beautiful women in ads, but the cigar man had been all I’d needed.