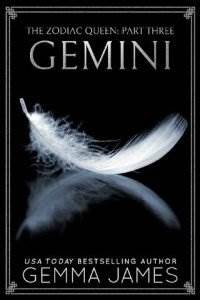 We have a lot to talk about, my queen.

As Landon’s words reverberate through my head, I trace the familiar inscribed letters on the journal. My fingers move in a hypnotic way as the breath stalls in my lungs. Because it’s one of my mother’s diaries, and even if he hadn’t told me it belonged to her, I’d recognize it by those initials written in elegant calligraphy.

“How did you get this?” My voice is sharp and brazen—the kind of tone that would earn me a session in the dungeon if I were still under the rule of Heath Bordeaux.

Landon glances at my lady. “Faye, will you give us a few minutes?” With a cooperative nod, she gets up to leave, and the fact that she’s not fighting him surprises me as much as the familiar way in which he addressed her.

After the door shuts upon her exit, he leans forward, hands clasped between his knees. “What do you know about your mother’s journals?”

An image of leather spines, sorted by color, comes to mind—a neat row kept dust-free on an oak shelf in her writing room. After she died, my uncle turned the space into storage.

“She had a collection. She was always writing between the pages. After the crash…” With a hard swallow, I pause. “My uncle boxed them up, but Faye’s mother gave them to me on my sixteenth birthday.”

“Did you read them?”

I shift, crossing my left ankle over my right. My mother was a romantic at heart, right until the day she died at my father’s side on that plane. She wrote everything from poems to artistic descriptions of the mundane hours that made up her days. Thinking of those journals renews my sorrow, and my eyes burn with it. No matter how much time passes, grief festers in my soul, a permanent scar waiting for the right trigger to peel away the scabs and uncover the hurt as if it burrowed there yesterday.

“I read every word she ever wrote.”

He points to the diary in my hands. “You didn’t read that one.”

“How can you be certain?”

“You’d know the truth if you had.”

Rising to his feet, Landon wanders to the windows. Unlike last month, when the sun shone on the imposing form of Mr. Bordeaux, turning his midnight hair a bluish silver, cloud cover greets Landon on the other side of that glass. His faded black jeans and olive button-down shirt complement the tumultuous slate sky. Maybe it’s a fitting backdrop for whatever “truth” the man from the House of Gemini is about to impart.

A few seconds slip by before he turns to face me. “I don’t know how else to say this, so I’m just going to put it out there. Your mother and my father had an affair nineteen years ago.”

His “truth” blasts through my consciousness, as abrupt and loud as a gunshot, and my heart beats with an irregular rhythm. I work my jaw, mouth gaping and shutting before falling open again. “I don’t believe you.”

My parents loved each other. They were happy and faithful and…and my mother wouldn’t have done this.

Not nineteen years ago.

The conviction in his voice shoots dread into my gut. “There must be some kind of mistake,” I say, smoothing my thumb over my mother’s initials on the cover, as if the action will smooth the ripples of turmoil bubbling inside me.

“There’s no mistake.” He nods at the leather-bound journal I’m clutching like a lifeline. “She wrote about it in detail.”

I toss the diary on the table as if it burned me. “Then it’s a forgery!”

“It’s not a forgery.” Reclaiming his seat, he softens his tone, and his emerald eyes bore into me, willing me to believe him. “Faye gave it to me when you arrived on the island. Her mother kept the journal hidden after your parents died.”

My eyes widen. “How long has Faye known about this?”

Betrayal lingers on my tongue like a bitter pill I don’t want to swallow. “How could she not tell me?” The question is rhetorical, laden with stunned disbelief.

Landon answers anyway. “Her mother swore her to secrecy.”

“That’s no excuse! She’s my lady…my best friend since childhood. This doesn’t make any sense.” I narrow my eyes. “Why would she give the journal to you?”

“To ensure I don’t bid in the auction.”

I can’t breathe, can’t think…I don’t want to think. Because thinking means analyzing his explanation, rolling it around in my mind and coming to heartbreaking facts based on inference. It means admitting, even to myself, that what he’s saying might be true. The thought torpedoes through my mind, and I think back to the last two months.

Landon and his kind, secretive eyes.

The way he pushed back against Heath on my behalf at last month’s dinner.

And how he gave me an “out” at the medical examination and was the first to leave when given the choice.