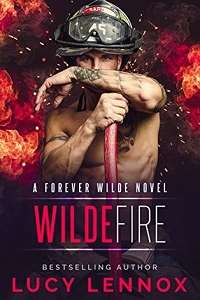 “That’s a mighty fine cock you got there, boy.”

The voice, as familiar as my own heartbeat, washed over me. I closed my eyes for a brief moment and let out a breath I felt like I’d been holding all summer.

“Round these parts, we call them roosters, shithead,” I said with a grin, turning from my spot at the fence to see my very best friend in the world sauntering lazily toward me down the dirt drive. Long, skinny legs were wrapped in worn blue jeans, and a faded Hobie 4-H T-shirt was snug enough to show off his rounded shoulders and narrow waist. The late August sun beat down on his golden skin, making him look even more like a mini-god than he already did.

“Now that I’ve seen your cock, you gonna show me that fine ass I know you’re hiding around here somewhere?”

There was a sparkle in his blue eyes, and I noticed he’d grown another inch, maybe two, since I’d seen him last. The guy had been slow to grow, but he was finally getting taller and more muscular with each passing month it seemed. Now that we were both eighteen, I wondered if he was ever going to come close to catching up with me when it seemed I might just keep growing forever.

“Debbie Gibson finally bit the dust,” I said with a laugh. “Sassy is trying to get Grandpa to buy her a mule to replace the old bitch. In the meantime, no ass.”

I waited, butt leaning against the fence and arms crossed in front of my chest, for him to come to me. Every nerve jangled under my skin, and my heart thundered in my chest. I was afraid if I took one step toward him, I’d lose my composure and fling myself at the guy with a guttural sob.

As Walker got closer, I saw the crooked eyetooth of his lazy grin. I noticed the familiar cowlick that sent his white-blond hair flipping the wrong way above his left ear. But as he came near, I also saw the telltale signs that all was not as easy and happy as it seemed with my best friend.

Faint worry lines etched his young forehead, and there was the faintest wobble to his chin.

“Seth?” I whispered as he got closer.

We were Walker and Wilde. Neither of us used first names unless something was terribly wrong, and the sound of it on his voice nearly dropped me to my knees.

I uncrossed my arms and held them open as I stumbled toward him. His body crashed into mine, and our arms went around each other as tight as barrel bands.

“Oh god,” I groaned into the side of his neck, inhaling his scent like a drowning man taking his last desperate breath. “Thank fucking god you’re back.”

We held each other like that for long minutes; the entire lengths of our teenaged bodies pressed up against each other as if maybe, if we were lucky, we could just crawl inside of each other and become one person.

I sent up a prayer of gratitude for Walker’s safe return from a summer spent at his grandparents’ house, and thought I might never survive another absence of his again.

But then that fucker opened his mouth and broke my heart with three little words.

Well, today sucked donkey balls. First day of senior year and where the fuck are you? Goddamned Minnesota, that’s where. I’ll have you know I had to sit next to Carrie-Anne in AP History, and she was wearing so much perfume I almost hurled. How in the world did we ever go for that?

Otto Wilde is back in Hobie.

All I could do was repeat that sentence in my head over and over again.

Otto Wilde is back in Hobie.

Nerves coiled in my gut as I returned to the sheriff’s office after lunch with my dad. He’d heard it from Liddy at the insurance office, who’d heard it from Cheryl at the supermarket, who’d talked to Doc Wilde at Sugar Britches, who, of course, knew where his own grandson was.

Ten years. Ten years since I’d last seen the other half of myself, the boy I’d loved since I was eight years old and had fallen into the pond between our properties. I’d been fishing alone which was, of course, against the rules. As soon as I’d gotten sleepy out there in the sun, I’d let a stupid fish yank me right into the drink. The next thing I knew a pair of arms was around my waist pulling me up onto the grassy, muddy bank.